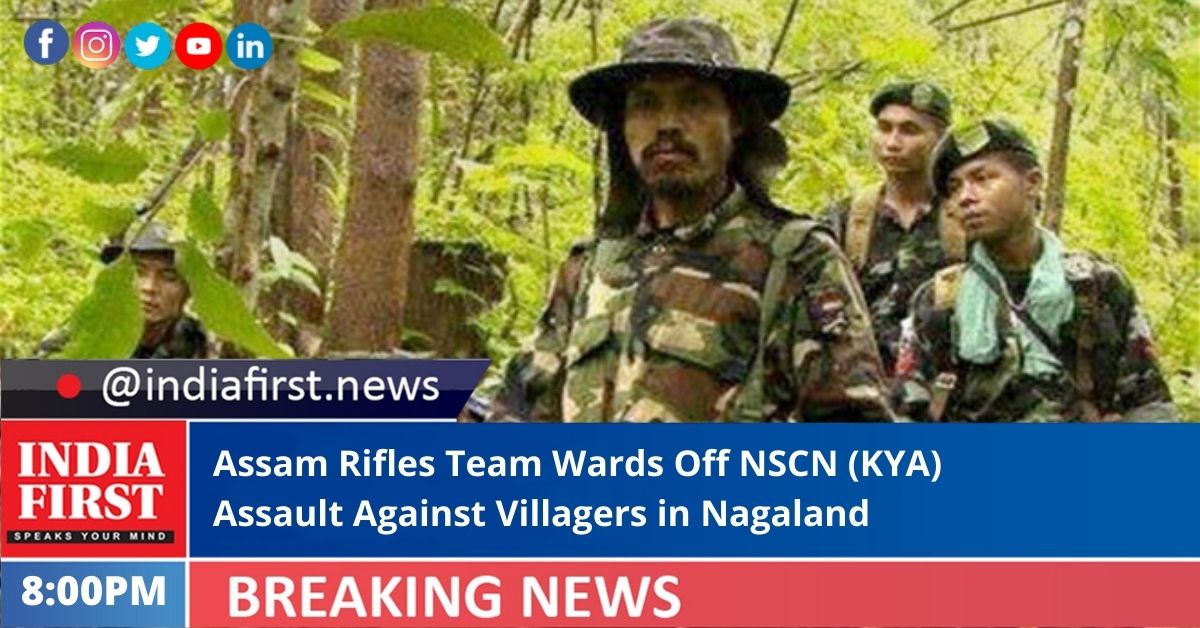 The security force stated that on August 10, the Chairman of Chenloiso approached Assam Rifles at the contingency operating base at Chenloiso for help in clearing a landslide from the track of the Chenloiso-Hydro project. “The Assam Rifles company commander immediately gave confirmation for support to the village chairman,” said a senior officer.

On August 11, a team of security personnel carried out the assessment of the landslide areas along with the village Chairman. A JCB was also arranged by Assam Rifles to expedite the clearance work.

Subsequently yesterday, the team swung into action and commenced the clearance of the landslide with the help of local villagers from Kangynu, Wangto and Chenloiso. In the evening, when the villagers and the Assam Rifles personnel were returning to their locations, three hand grenades were lobbed at them from a height above the dense foliage. The grenades landed in front of civilians, out of which two didn’t explode. However, one grenade exploded causing shrapnel injuries to 75-year-old Keipa of Kangynu village.

The security forces immediately swung into action and fired a couple of rounds towards the location from where the grenades were lobbed. The injured local was rushed by security forces to the company base of Assam Rifles, where he was given first aid and stabilised, and was then moved to Mon for further treatment.

“This cowardly action against locals and security forces while involved in assistance to locals displays that the NSCN (KYA) is desperate since the villagers have refused any support with respect to money or ration to these cadres,” the officer said.