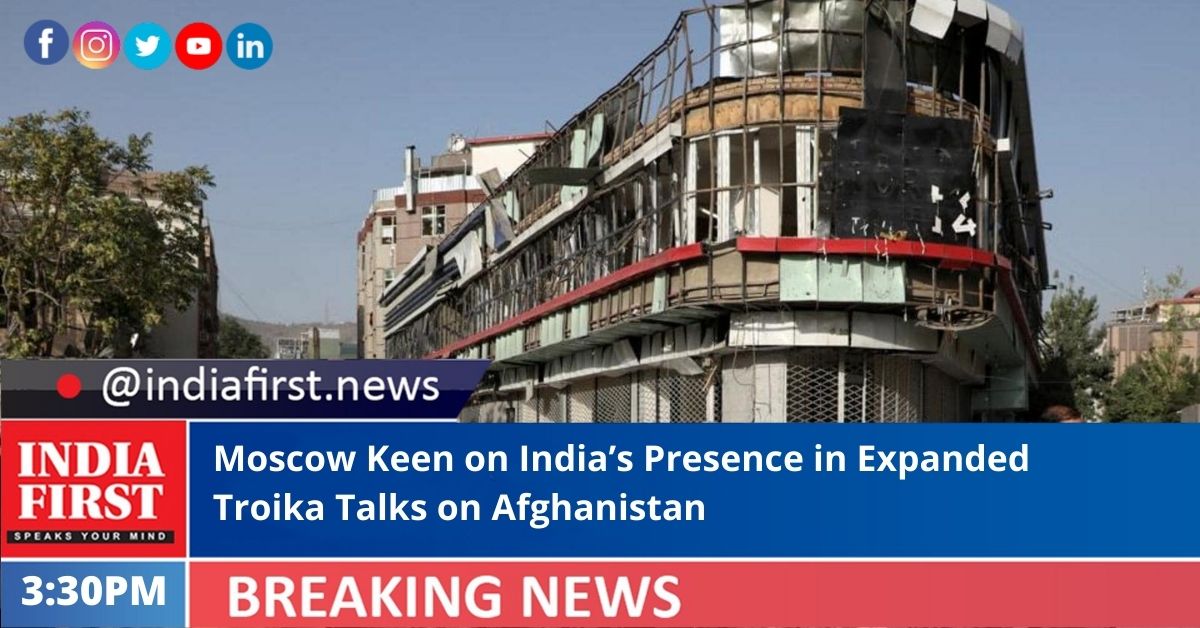 Russia is interested in involving India within the framework of the expanded Troika talks on Afghanistan.

“We are interested in Iranians also getting involved, and then other countries as well, in particular, India,” Foreign Minister Sergey Lavrov told journalists recently in the Rostov region, Tass reported.

“Of course, international mediators can play a more significant role here than in other conflict situations. Our efforts of the so-called Troika – Russia, the US, China – and within the framework of the expanded Troika engaging Pakistan are directed precisely at this”, Lavrov said.

The Russian Foreign Minister emphasized that an emergency session of the UN Security Council that Afghanistan’s representatives are requesting would be useful only if it helps launching the negotiations on the situation in that country.

“This will be useful only in case it convenes not just to talk about [the situation] and, so to say, take it out on each other but if it convenes with a prepared result which will help launching the negotiations and not trying to maneuvre,” he pointed out.

Russia supports the political settlement in Afghanistan based on the decisions of the UN Security Council and regrets that the Taliban movement (outlawed in Russia) is attempting to resolve the situation in the country by using force, Lavrov said.

“We support the Afghan settlement happening with the participation of all political, ethnic, confessional forces of the country. We support the processes approved at the UN Security Council which have now unfortunately slowed down. The state delegation has not been particularly interested in resuming talks for about year and a half – two years already. Against this background, again, regretfully, the Taliban decided to attempt to settle the situation through military force. They are taking over more and more cities and provinces. All of this is not good, it’s wrong,” he said.