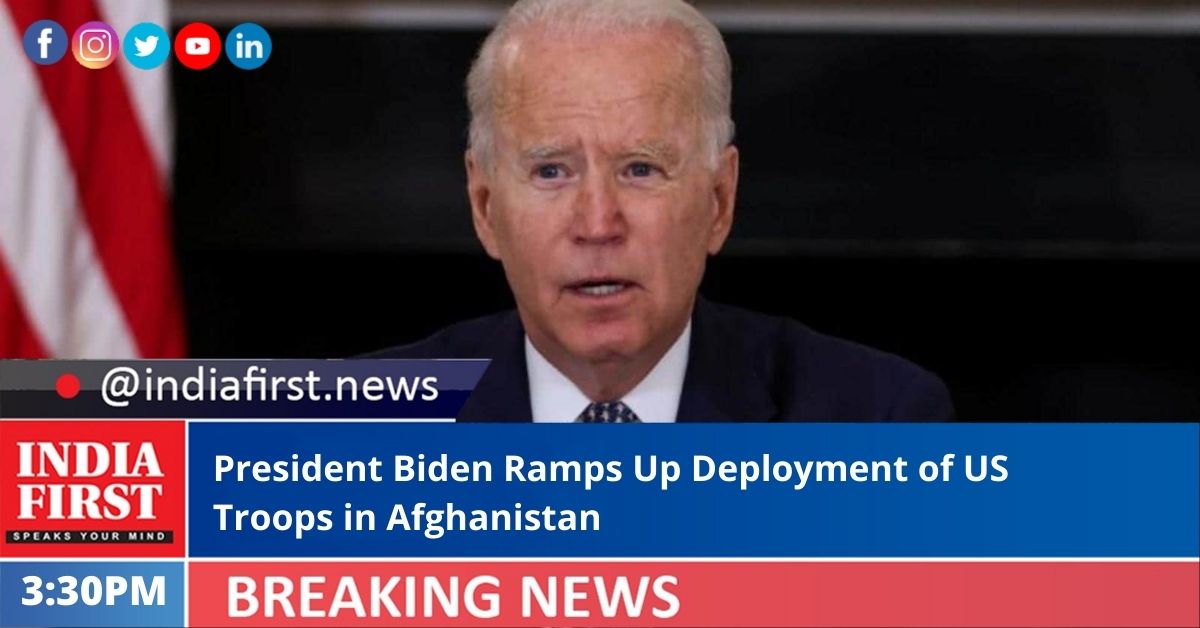 US President Joe Biden announced that he has authorized the deployment of roughly 5,000 additional troops to Afghanistan to support the drawdown of the American Embassy personnel from Kabul, warning the Taliban not to put the staff and mission at risk.

“Based on the recommendations of our diplomatic, military, and intelligence teams, I have authorised the deployment of approximately 5,000 US troops to make sure we can have an orderly and safe drawdown of US personnel and other allied personnel and an orderly and safe evacuation of Afghans who helped our troops during our mission and those at special risk from the Taliban advance,” Biden said in a statement late Saturday.

“We have conveyed to the Taliban representatives in Doha, via our Combatant Commander, that any action on their part on the ground in Afghanistan, that puts US personnel or our mission at risk there, will be met with a swift and strong US military response,” he added.

The Pentagon announced last week that three infantry battalions, about 3,000 troops, will be deployed to Kabul airport to support US embassy staff reduction and Afghan Special Immigrant Visas (SIV) applicants evacuation given the Taliban’s rapid offensive across the country.

The militant group now controls about 24 of Afghanistan’s 34 provinces, and are rapidly marching towards the capital, Kabul.