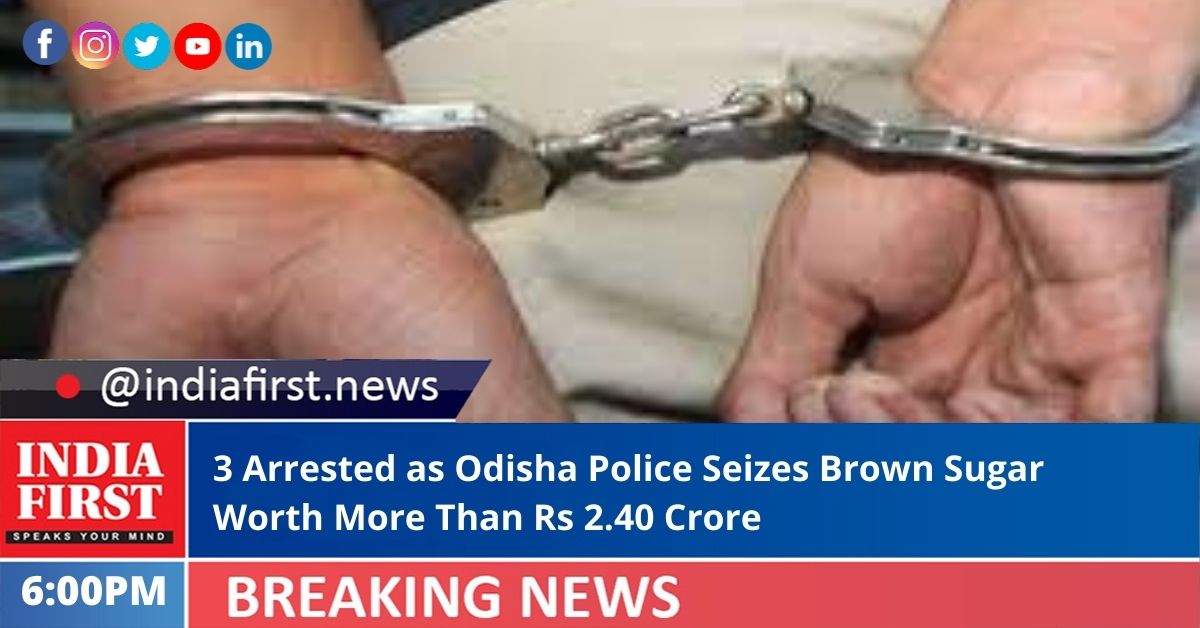 The Odisha police today said it has seized 2,402 grams of brown sugar worth over Rs 2.40 crore and arrested three drug peddlers.

Acting on an intelligence input, the Special Task Force (STF) of Odisha crime branch raided the Jaleswar market in Balasore district and seized the contraband drugs, the STF said in a statement.

The accused persons were identified as Mamtaz Khan, Udayanath Rath and Pradeep Kumar Das. A case under the NDPS Act, 1985 has been registered and further investigation is on, it said.

Since 2020, the task force has seized more than 38 kg of brown sugar/heroin and more than 84.28 quintal of ganja/marijuana. More than 100 drug peddlers have been arrested during the period.