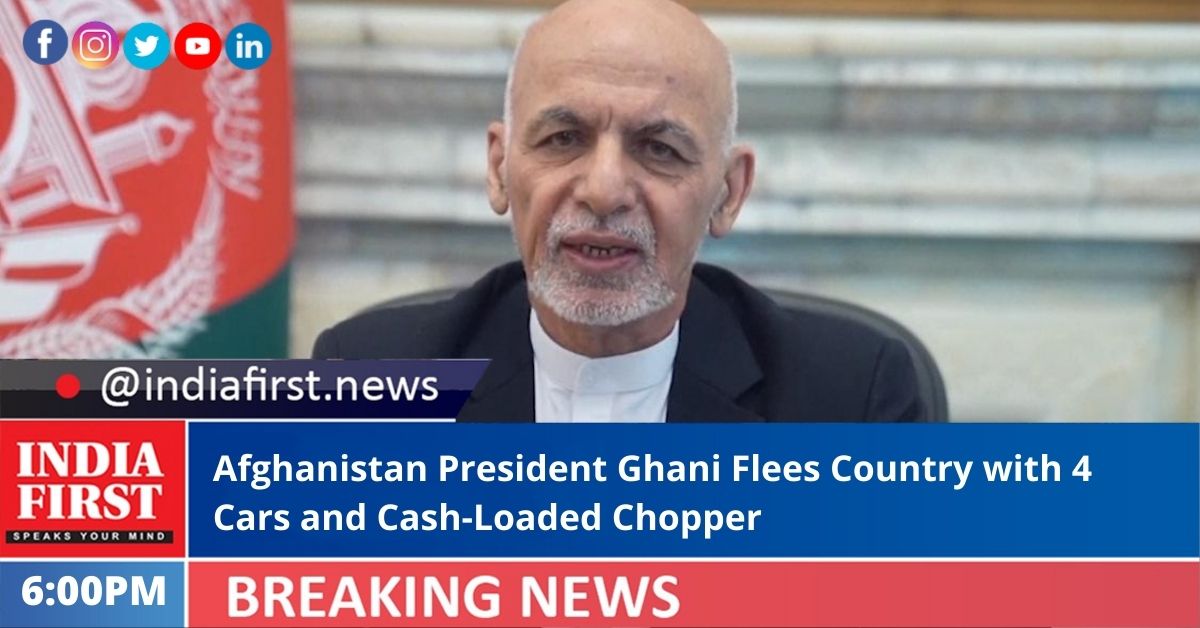 The Russian Embassy in Kabul has said that Afghanistan President Ashraf Ghani had fled the country with four cars and a helicopter full of cash and had to leave some money behind as it would not fit in, the RIA news agency reports.

Nikita Ishchenko, a spokesman for the Russian Embassy in Kabul, was quoted as saying by RIA: “Four cars were full of money, they tried to stuff another part of the money into a helicopter, but not all of it fit. And some of the money was left lying on the tarmac.”

Ischenko confirmed his comments to a global news wire, citing “witnesses” as the source of his information, Al Jazeera reported.

Afghanistan Defence Minister Bismillah Mohammadi said in a tweet, in an apparent reference to Ghani and his associates, that they “tied our hands behind our backs and sold the homeland, damn the rich man and his gang.”

Senior Afghan leader and Head of the High Council for National Reconciliation, Abdullah Abdullah, had said in a video clip that Ghani has left Afghanistan.

He said that Ghani left the people of Afghanistan in mess and misery and he will be judged by the nation.

VOA reported that Ghani, along with his vice-president and other senior officials, flew out of the country yesterday (August 15), setting the stage for Taliban insurgents to regain power in Afghanistan, 20 years after a US-led military invasion ousted them.

There was no comment from Ghani or his embattled administration in Kabul. In a recorded message on August 14, Ghani had told the nation that he was consulting with both national and international players on the situation which he called an “imposed war”.

Afghan Vice President Amrullah Saleh, who is said to have accompanied Ghani and the others who left, in a tweet vowed not to bow to the Taliban, but he did not respond in the message to reports of him leaving the country.