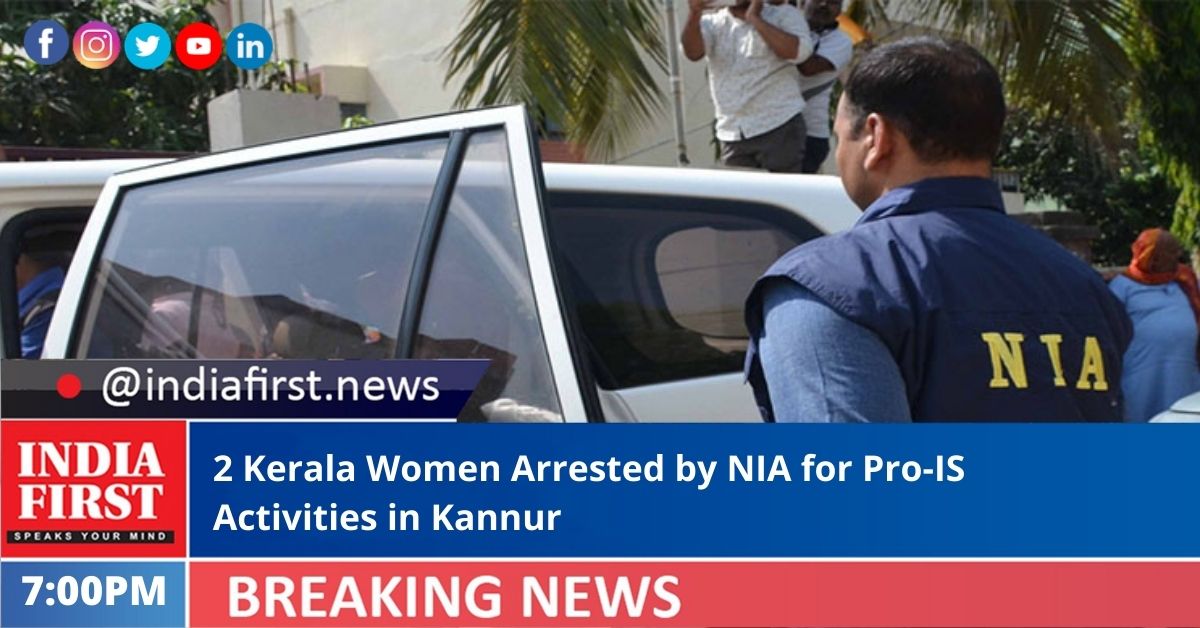 A team of NIA officials who arrived in Kannur today morning took into custody two women for their alleged pro-IS activity and recorded their arrest.

The women are Shifa Harris and Misah Siddique.

The NIA officials arrived at the residence of these women around 6 a.m. and after taking them into custody, they were both produced in the court under the online mode.

The two women will now be taken to Delhi shortly.

Incidentally, the NIA had visited their homes earlier this year.

The close kith and kin of the two women, however, are tight-lipped and refused to react to the media.