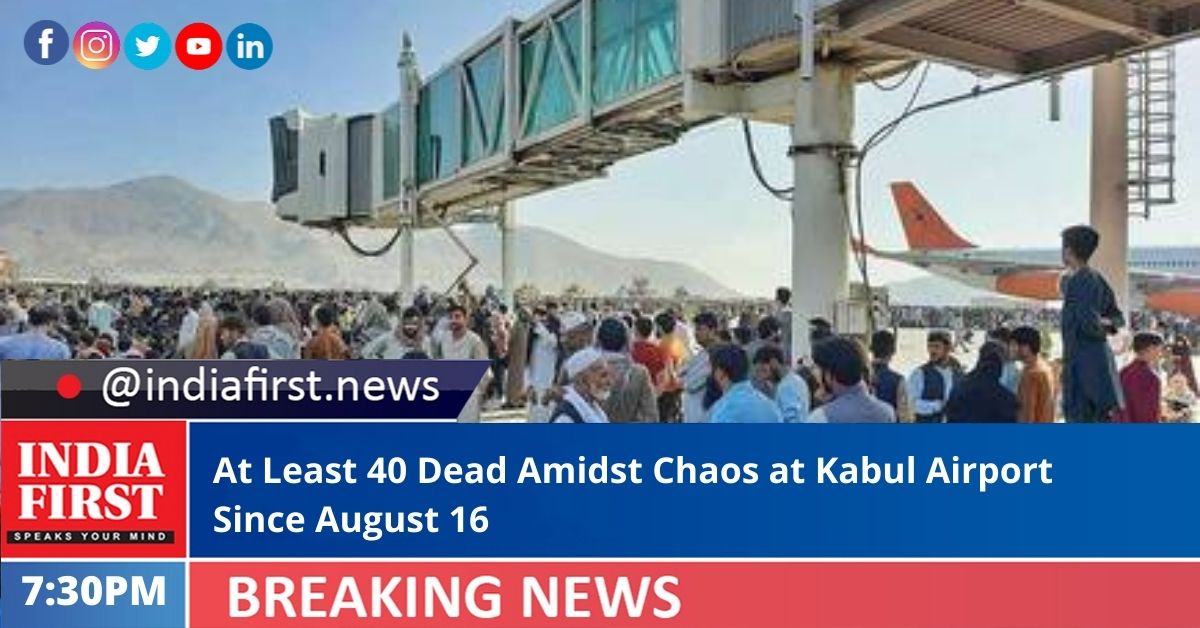 A Taliban commander at the Kabul airport said that at least 40 people were killed in shooting by the foreign forces and due to a stampede since August 16.

He said the people should not be deceived by fake rumours about travelling abroad and asked them to avoid coming to the airport, Afghan media reported.

The Taliban say that they are making every effort to bring lasting peace and progress in Afghanistan.

“They shouldn’t be (hanging onto) airplanes of the foreigners, 30 to 40 people were killed and wounded in the airport yesterday (Monday), they should remain in their homes, there will be no problem for them,” said Mohibullah Hekmat, the Taliban commander at the airport.

The US and other Western countries resumed their flights to evacuate their citizens and Afghan allies from the country. Commercial flights are still stopped.

Crowds of Afghans were still forming around Kabul’s international airport yesterday, the second day of Taliban rule in the city.

Reports said people of various ages, both women and men, some without passports, are seeking to board aircraft and evacuate the country.

“They said that many people have left without visas and passports, therefore we came here tonight,” said a Kabul resident.

Large numbers of women are attempting to flee, saying the desperate situation in the country is compelling them to go.

“See the condition of the children, they are thirsty and hungry, may Allah destroy Ashraf Ghani,” said a resident of Kandahar.