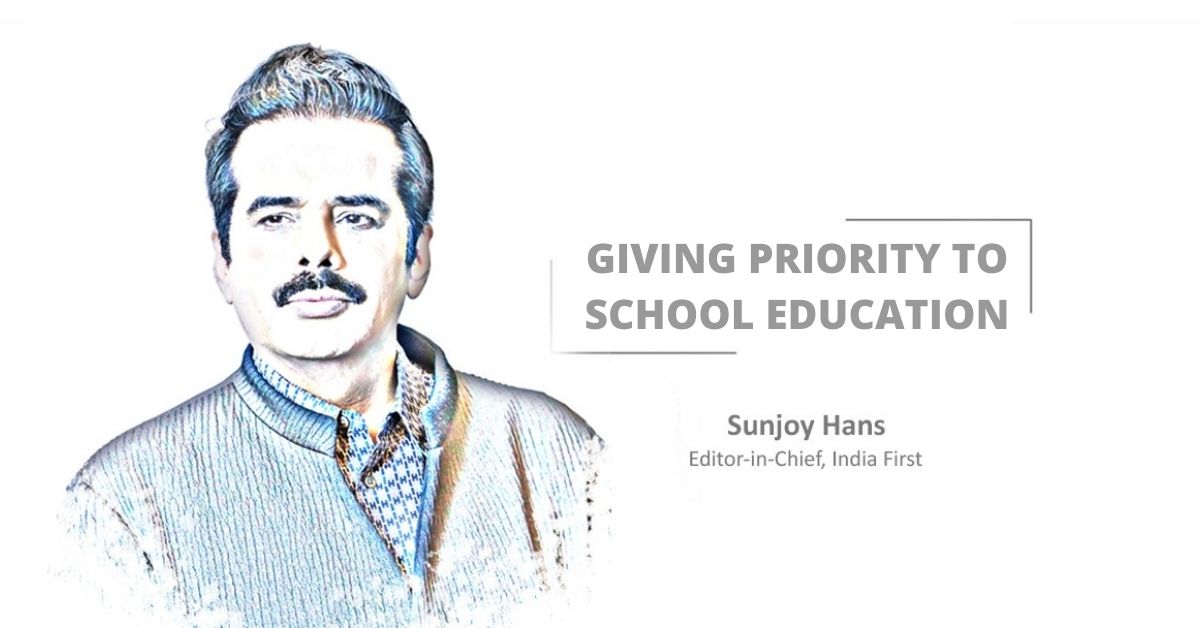 Chief Minister Naveen Patnaik’s secretary VK Pandian, who is leading the ambitious ‘High School Transformation’ programme, an initiative under the 5T programme to improve infrastructure and quality of education in high schools, recently visited a number of schools in Ganjam. The home district of the Chief Minister, Ganjam also has a special place in the heart of Pandian, who happens to be state’s first 5T secretary. After all, he had exemplarily served as the collector of the district in the early part of his career as a civil servant. His stint as collector is still remembered by the people of the district because of some revolutionary initiatives taken by him.

Pandian visited as many as 23 high schools in Ganjam’s Hinjili block to review the progress of the programme on August 15, a day before chief minister Naveen Patnaik had a virtual interaction with the students of Sasana Ambagaon High School in the same block. The students were delighted as the Chief Minister asked them about their experience with the new facilities being created under the programme and advised them to take full advantage of those. Patnaik also spoke to the village sarpanch and had a look at the transformed school premises, including the smart classrooms, library and garden. He expressed happiness over the development that has taken place in the school.

The importance of the programme is evident from the fact that it is being directly supervised by the 5T Secretary. It aims at transforming schools into model institutions with all modern facilities such as e-library, smart classrooms, computer rooms, science laboratories, sports facilities, reading rooms, laboratory, drinking water facilities, hygienic toilets and, above all, a conducive study environment. Thanks to the efficiency of Pandian, the programme has already achieved a lot of success and emerged as a model for schools in other parts of the country. Significantly, it is being carried out with involvement of local communities, school management development bodies and the alumni.

The 5T secretary, who has surprising reserves of energy, held elaborate discussions with Ganjam Collector Vijay Amruta Kulange, other officials of district administration, teachers, students, and alumnus and community members during his visit to take stock of the progress of the project. Sources say that as many as 133 high schools, including 22 Odisha Adarsha Vidyalayas, are set to get a facelift in Ganjam district under the programme. In Hinjili block, smart classrooms are slated to come up in 53 high schools. Till now, transformation of 39 high schools including 23 in Hinjili and 16 in Seragada block of Ganjam has been completed.

School education has been receiving special attention of the five-time Chief Minister because the future of young students is shaped in schools. In the past, too, he has taken several initiatives to improve the standard of school education in the state. By entrusting the task of implementing the High School Transformation programme to Pandian, one of the finest IAS officers in the country with an exceptional track record, Patnaik has sent out a message that he is treating the project as one of the top priorities of his government in the field of education.