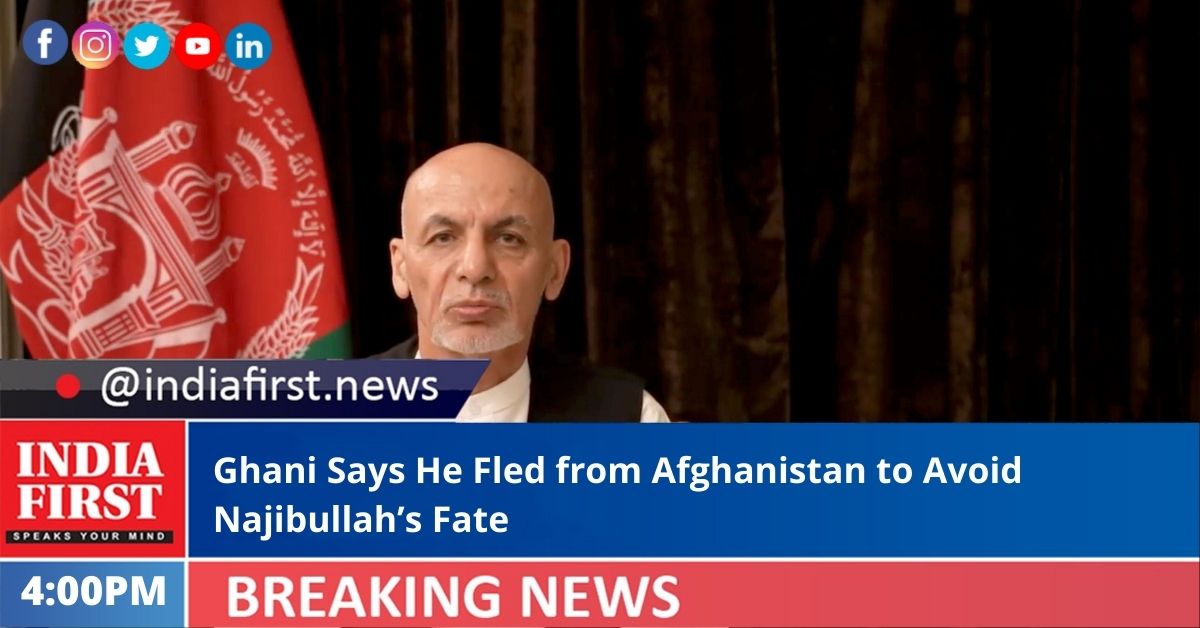 Former Afghan President Ashraf Ghani has claimed that he “was forced to leave Kabul and decided to leave my country in order to prevent bloodshed”.

Ghani made the statement yesterday night, in an address to compatriots in their native language Pashto, during a live Facebook broadcast from the United Arab Emirates (UAE).

“If I had stayed, I would be witnessing bloodshed in Kabul,” he said.

He also issued a rebuttal against his critics who said he left Afghanistan hastily, saying that “those who think that I fled should not judge if they don’t know all the details”.

“They were going room-to-room to find me,” Ghani said.

Ghani was referring to former President Mohammad Najibullah Ahmadzai, who was killed by the Taliban in 1996.

Ahmadzai’s body was hanged from a traffic light pole outside the Presidential Palace.

Ghani has been bitterly criticised by former ministers for leaving the country suddenly as Taliban forces entered Kabul.

Ghani left his country on August 15 night after the Taliban took control of the presidential palace in Afghan capital Kabul.

He said he left Kabul on the advice of his security officials.

Yesterday, the UAE Ministry of Foreign Affairs and International Cooperation confirmed that the country welcomed Ghani and his family “on humanitarian grounds”.

The location of Ghani’s spouse Rula Ghani and the former second vice president Sarwar Danesh is not clear.

But Ghani’s first vice president Amrullah Saleh has said he is in Afghanistan.