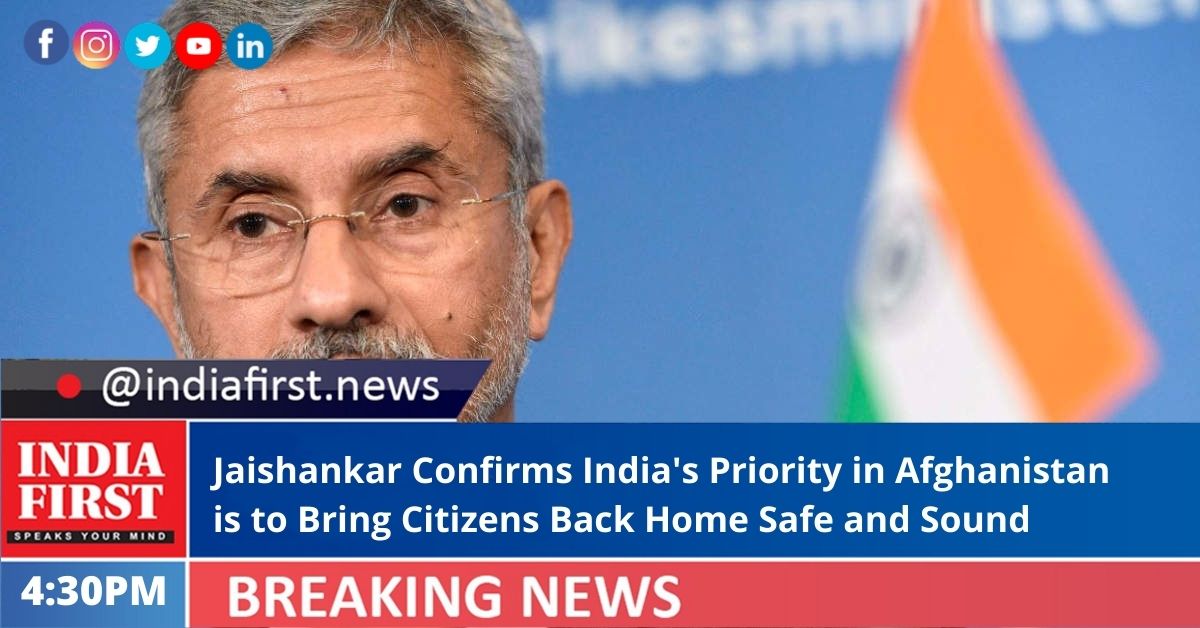 India’s priority in Afghanistan is safely getting back home its citizens in the country that has been over-run by the Taliban and it is discussing the matter with UN and US officials, External Affairs Minister S. Jaishankar has said at the United Nations.

“Our focus is on ensuring the security in Afghanistan and the safe return of Indian nationals who are there,” he told reporters.

“That is really what has been very much the focus of my own engagements here, talking to the UN Secretary General (Antonio Guterres), to other colleagues who are here, as well as with the US Secretary of State (Antony Blinken) a few days ago,” he said.

India has been running an airlift of its citizens from Afghanistan and Jaishankar discussed it with Blinken, whose country is controlling the Kabul airport.

He said that these were “early days” of the new situation in Afghanistan and “at the moment, we are like everybody else very carefully following developments in Afghanistan”.

As regards future relations with Afghanistan, he emphasised the historic people-to-people ties.

Responding to a reporter’s question if India was in touch with the Taliban, he said: “At this point of time, we are, we are looking at what is the situation, evolving situation, in Kabul. Obviously, the Taliban, and its representatives have come to Kabul so I think we need to take it on from there.”

He did not react to a reporter’s question whether India was concerned that Pakistan-based terrorists could exploit the situation in Afghanistan and the regional concerns over terrorist sanctuaries in Pakistan.

Earlier, Jaishankar presided over a meeting of the Security Council on peacekeeping and technology.

The Council adopted for the first time a resolution calling for accountability for crimes against peacekeepers. It was jointly sponsored by all the 15 members of the Council and about 80 countries.

During the Council debate on peacekeeping and technology, India “offered a four-point framework, anchored in utilising modern technology for securing peacekeepers” and “highlighted the need to deploy proven technologies, information and intelligence systems, adapt to improvements, and to promote training and capability building”.