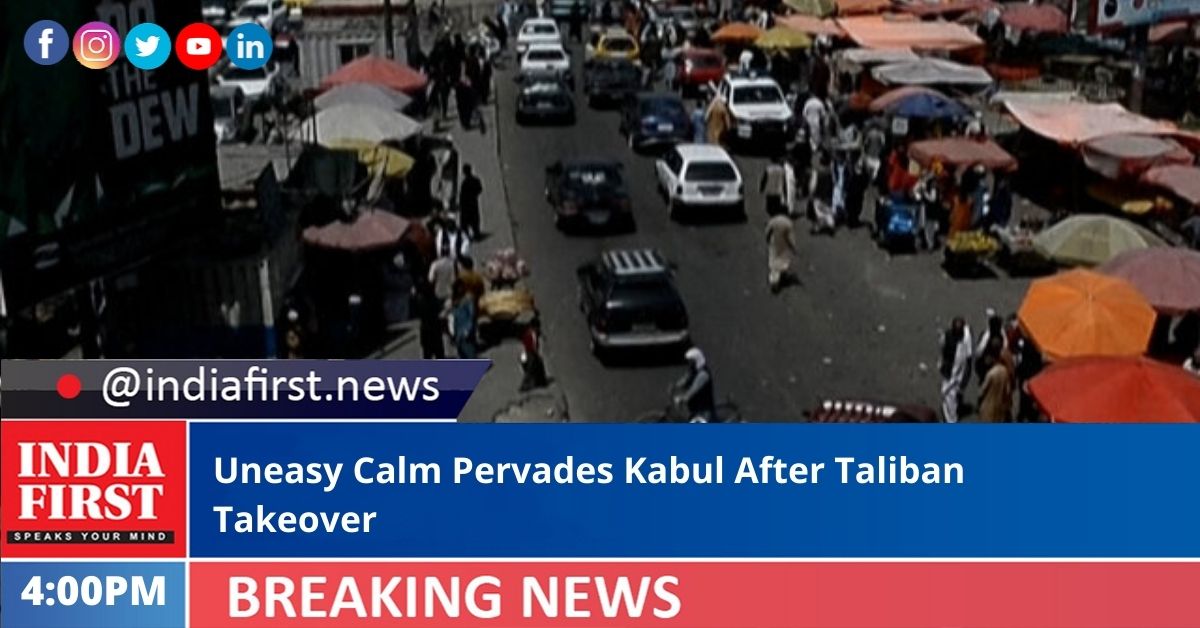 Kabul has remained relatively peaceful since the Taliban took control of the Afghan capital four days ago, but the residents have been living in uncertainty as the new establishment is yet to formally replace the former administration.

In a rapid but peaceful move, the Taliban fighters captured Kabul on August 15. Since then the city has been calm with no major security incidents reported.

However, the government offices, as well as private and state-run schools and universities, have mostly remained closed despite the Taliban’s call for the employees to attend their offices and continue their work.

On August 17 evening, Taliban spokesman Zabihullah Mujahid, in his first press conference since entering Kabul, called upon government employees and those in the private sector to resume their normal duty, and said that their lives and properties are safe and protected.

Defending the Taliban’s 20 years of war against the US-led forces, Mujahid said they have defeated the invading foreign forces and liberated the country from foreign occupation.

Announcing the end of the protracted war in Afghanistan, Mujahid said the “Islamic Emirate (of Afghanistan)” has no enmity with anyone and has declared general amnesty to all Afghans including the former foes – the Afghan National Defense and Security Forces, saying the former government employees including army and police can live without any fear in the homeland.

He also assured that foreign diplomatic missions, UN offices and non-government agencies can continue their work and the Taliban wants to have a broad-based government in Afghanistan.

Addressing the concerns of certain countries, Mujahid said at the press conference that “we assure the international community, our neighbours and regional countries and the US” that Afghanistan will not be used against any country.

The Islamic Emirate (of Afghanistan) would respect the right of women and women can work in the sector of education, health and other fields within the framework of Sharia or Islamic law, he said.

Since the US troops started to pull out of Afghanistan from May 1, the Taliban began to launch major offensives on Afghan forces.

During the past two weeks, the military group has captured most of Afghanistan’s territories in its blitz attacks, including the capital of Kabul.

Amid the fast-evolving situation, some Kabul residents are fearing the eruption of another war and worried about the uncertain future, as the intra-Afghan talks have failed to bear fruit.

“Many former warlords have gone missing either outside the country or been hidden inside the country, they could fight back,” a street vendor Mohammad Azim said.

“Afghanistan is the depot of weapons and any mistake could spark a violent war,” a Kabul resident Noor Khan said.

Khan, who was attempting to flee the country due to the unstable situation, said apart from maintaining peace and security, the authorities also need to ensure job opportunities and economic stability for the citizens.