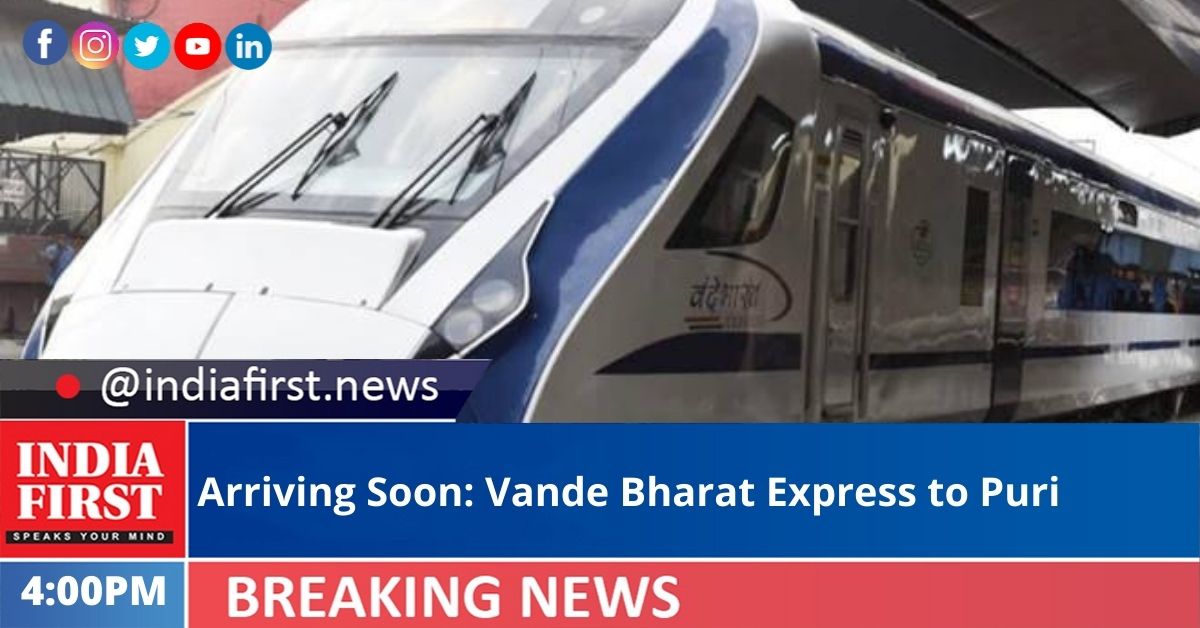 “Puri is one of the most popular tourist and religious destinations in the world and has rich cultural significance. Development of Puri station is under way and plan is there to bring Vande Bharat Express to Puri,” he told the media during his visit to Puri.

During his Independence Day speech, Prime Minister Narendra Modi had announced that 75 Vande Bharat trains will be introduced connecting every corner of the country in 75 weeks of Amrit Mahotsav of Independence.

Vaishnaw, along with Union Education Minister Dharmendra Pradhan, arrived in Odisha yesterday to take part in the ‘Jan Ashirwad Yatra’ and were given a rousing welcome at the airport. This is the first visit of the two ministers to Odisha, after reshuffle of the Union council of ministers on July 7.

Soon after reaching here, both the leaders visited Jagannath Temple in Puri. As the temple has not been reopened for devotees from other places excluding Puri, both the leaders paid obeisance at the Singhadwara (Lions Gate). BJP spokesperson Sambit Patra also accompanied them.

The leaders also visited the Satyabadi Bana Bidyalaya. Pradhan said he was very keen to visit the school on his first visit to Odisha after taking charge as Education Minister. He interacted with the teachers and students studying there.

After returning from Puri, they visited the BJP party office, where a grand welcome ceremony was organised for them. Addressing party workers, Vaishnaw said the Prime Minister has always given emphasis for Mission Purvodaya, for the development of the area.

As per schedule, Vaishnaw left for Rayagada on the Hirakhand Express. He will visit Koraput, Jeypore, Nabarangpur, Bhawanipatna, Balangir and arrive in Bhubaneswar on August 22.

Pradhan will hold programmes in Bhubaneswar, Cuttack, and Khurda.