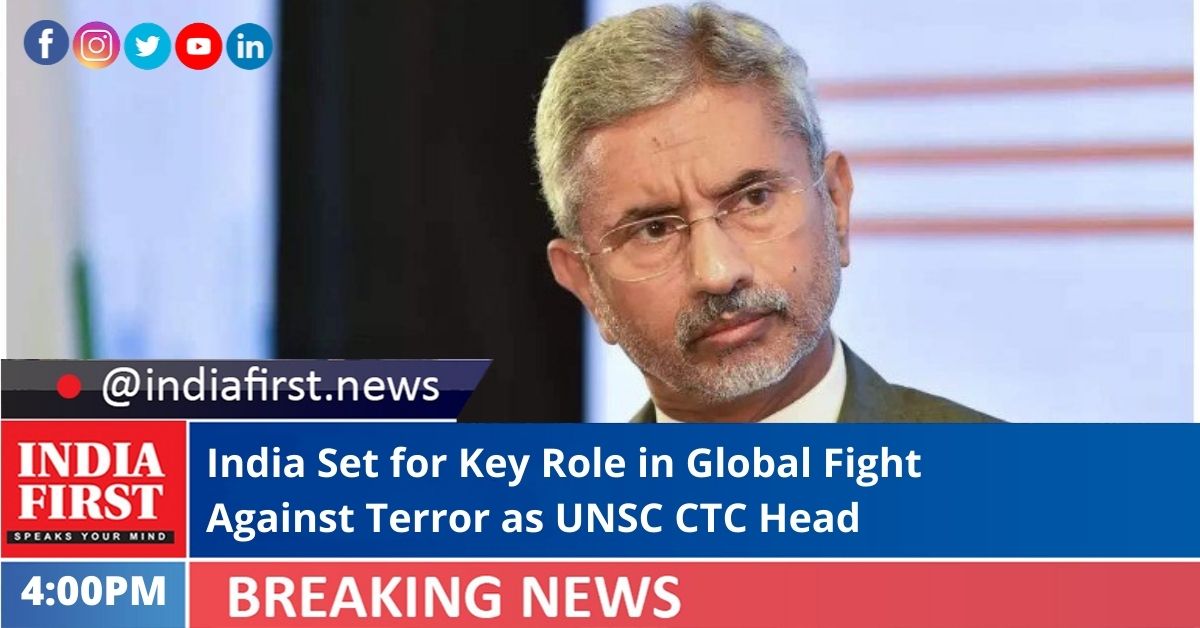 India will assume a pivotal role in the global fight against terror when it takes over the chair of the Security Council’s Counter-Terrorism Committee (CTC) next year, External Affairs Minister S. Jaishankar has announced.

He said that India will be taking over the leadership of the CTC from Tunisia and hopes to build on the gains from yesterday’s meeting of the Council on terrorism threats that he presided over.

Addressing reporters outside the Security Council chamber after the meeting, he said that he was happy that “a very strong, substantive, clear press statement” was adopted by the Council that addresses the key concerns of India.

“All Security Council members with one voice endorsed a zero-tolerance approach to terrorism in all its forms and manifestations. We are clear that there cannot be double standards and distinctions cannot be made,” he said.

The press statement issued by India’s Permanent Representative T.S. Tirumurti as the Council President for the month expressed “unwavering commitment to strengthening international cooperation to prevent and combat terrorism in all its forms and manifestations”.

It reaffirmed “that terrorism in all its forms and manifestations constitutes one of the most serious threats to international peace and security, and that all acts of terrorism are criminal and unjustifiable, regardless of their motivation, wherever, whenever and by whomsoever committed”.

It also called for strong measures to prevent terrorism financing.

Getting the unambiguous statement on terrorism approved by the fractured Council was a mark of the diplomatic leadership by India.

With yesterday’s meeting, India has successfully completed the three signature initiatives of its presidency, which were focused on maritime security, technology and peacekeeping, and counter-terrorism, Jaishankar said.

He said that the meetings came up with substantive and forward-looking outcomes, including a Security Council Resolution on protecting peacekeepers which demands punishment for crimes against peacekeepers.

Asked about the cross-border terrorism plaguing India, he recalled the country’s long experience with the menace and noted that he mentioned the dangers from Lashkar-e-Taiba (LeT) and Jaish-e-Mohammed (JeM).

In his speech he had said that the groups “continue to operate with both impunity and encouragement” and declared that the Council should “never countenance sanctuaries for terrorists or overlook their raising of resources”.