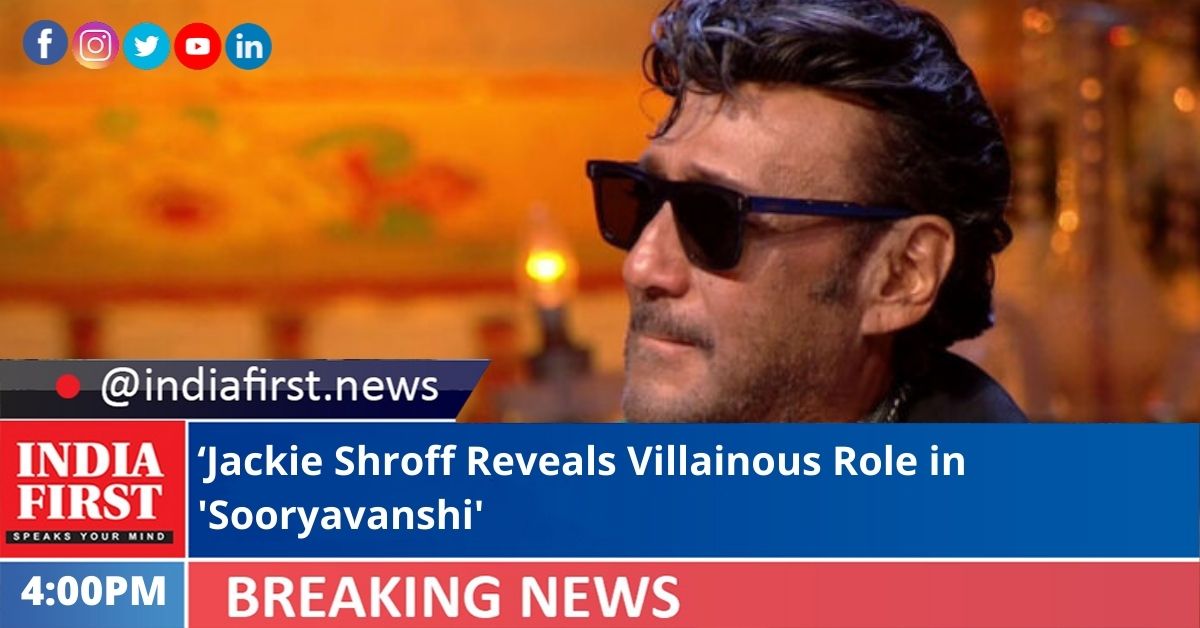 Actor Jackie Shroff has his diaries full with a slate of releases lined up. He will be seen in films such as ‘The Interview: Night of 26/11’ and the much awaited and talked about movie ‘Sooryavanshi’, where he will be seen playing an antagonist.

Talking about his character in the Akshay Kumar-starrer, Jackie in an exclusive chat said: “I can’t talk about it much. It’s a main part. They always introduce their villain right, in the film, they have introduced me in this.”

It was initially locked for theatrical release on March 24, 2020 but got pushed due to the Covid-19 lockdown. The new release date given was April 30 this year, however it was delayed once again.

The 64-year-old actor too does not know when the film will see the light of day.

“I don’t know when it’ll come. They are all waiting because it is a big film. So they will wait for the cinema halls to open. Theatre experience is different.”

The film revolves around Veer Sooryavanshi, the chief of the Mumbai Anti-Terrorism Squad and his team who join forces with Inspector Sangram Bhalerao and DCP Bajirao Singham to stop a terrorist group planning to attack Mumbai.