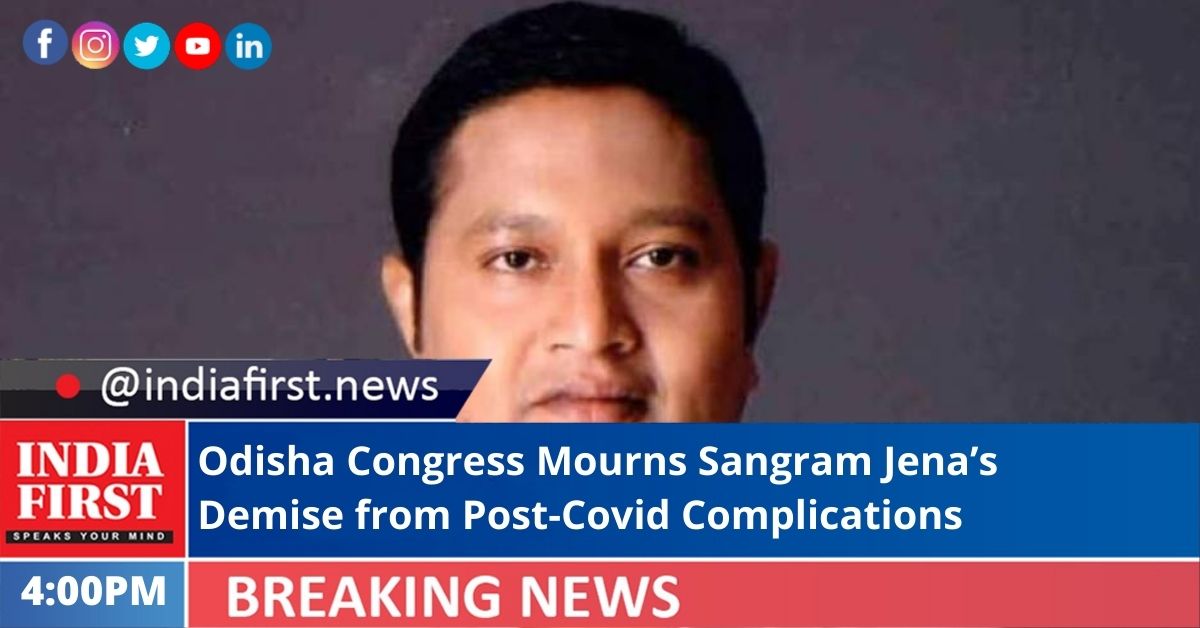 Sangram Jena, former youth Congress president of Odisha passed away while undergoing treatment at a private hospital in Hyderabad yesterday.

Sangram, son of former Odisha Congress president Jayadev Jena was undergoing treatment due to post-Covid complications. He was on ECMO support for the past several weeks, his younger brother Manoj Jena said.

Sangram had unsuccessfully contested the Lok Sabha poll in 2014 from the Bhadrak constituency. Many political leaders across the party line expressed deep sorrow at the untimely demise of Sangram.

“I am deeply pained on the demise of Odisha Youth Congress President Shri Sangram Jena. He was a warrior of Congress. His loss is irreparable to his family and to the party. My deepest condolences to his family and friends. Let us all stand with his family at the time of grief,” senior Congress leader Chella Kumar tweeted.

Sangram’s mortal remains were brought to Odisha last evening and then preceded to Congress Bhawan, where leaders paid their last tributes to him.