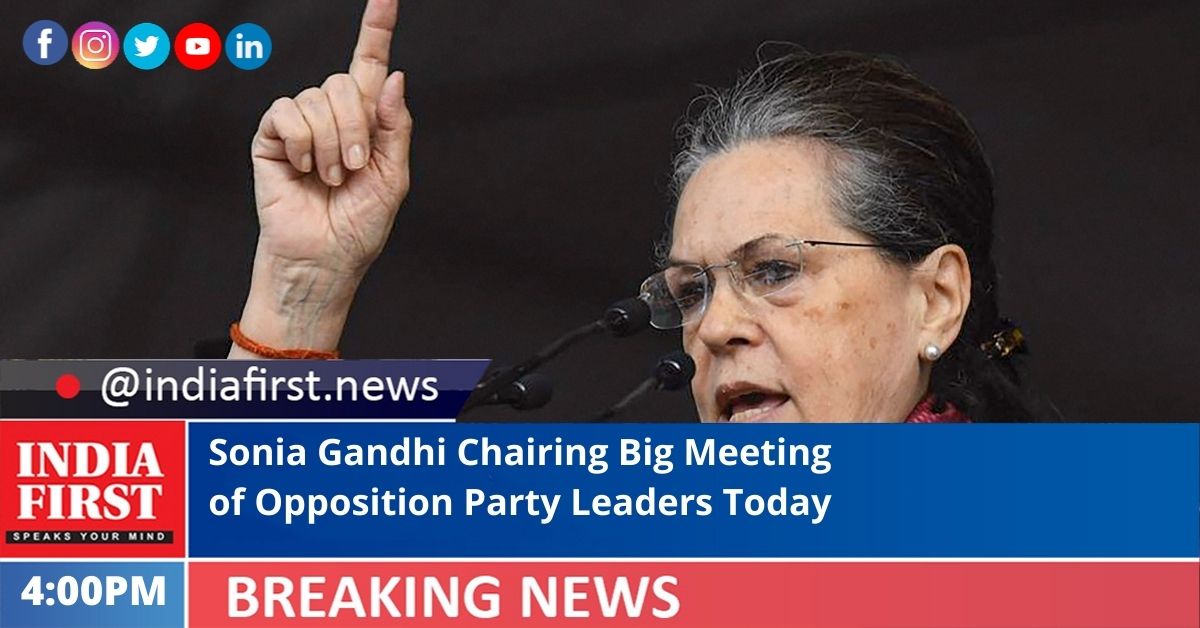 According to party leaders, Sonia Gandhi will be chairing the meeting with the opposition party leaders to discuss several issues, including the recently concluded Monsoon Session of Parliament.

The party leader said that at least 18 opposition parties are scheduled to meet virtually to discuss issues – economic slowdown, alleged mismanagement of the Covid-19 pandemic, the Pegasus spyware controversy, and the farmers’ protest – that rocked the recently concluded Session of Parliament.

The meeting called by Sonia Gandhi is being seen as a measure taken by the Gandhi family to reassert their position as the central figures among the Opposition.

During the Monsoon Session, former party chief Rahul Gandhi had met with several leaders of the opposition over breakfast.

Even Congress leader Kapil Sibal had organised a dinner party on August 9 which was attended by several top Opposition leaders.

“Rajiv Gandhi 77th birth anniversary. Delighted that Sonia Gandhi is set to meet Opposition leaders on this day to discuss issues that matter. Rajiv Gandhi ushered India’s era of modernisation and launched the technology revolution. We remember him with love,” Sibal said in a tweet ahead of the meeting that incidentally comes on the birth anniversary of former Prime Minister Bharat Ratna Rajiv Gandhi.