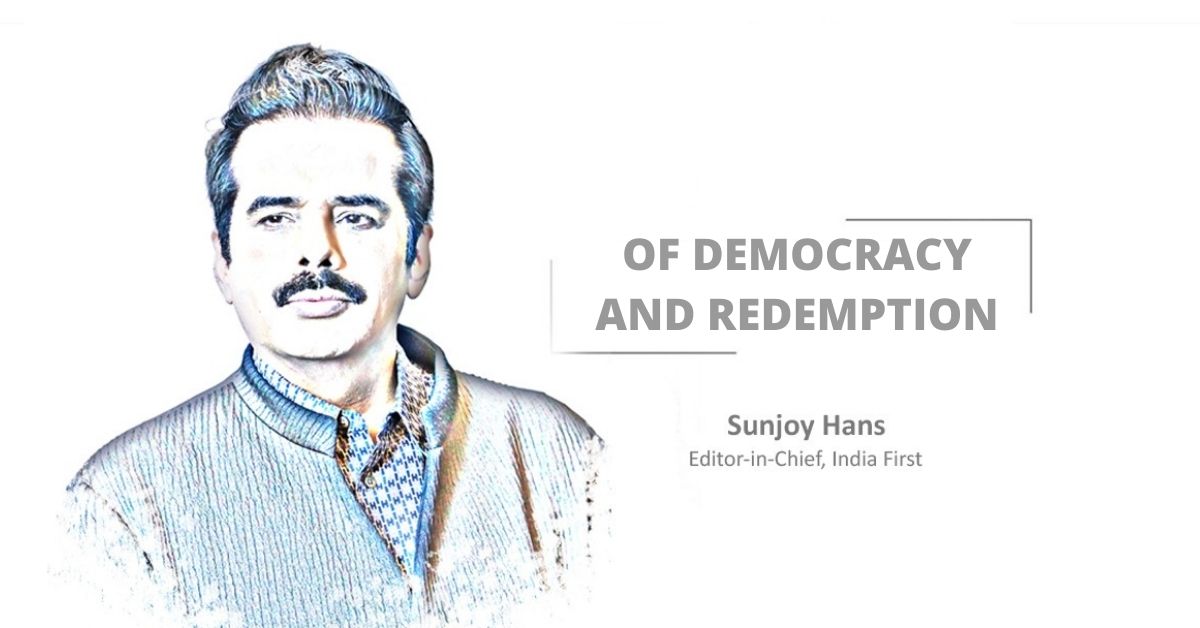 It’s all relative, as they say.

Just when a sense of despondency about the state of Indian democracy was dominating the national consciousness, with many experts and observers decrying yet another washout of the monsoon session of the Parliament due to party politics, Afghanistan began burning as a grim example of how bad things can get for a democracy as Kabul fell to Taliban forces once again, and that too on India’s Independence Day.

We can certainly count our blessings being in an infinitely more stable and peaceful land, even if the unfortunate humanitarian crisis in that small and war-ravaged country should never be brandished as an excuse or justification for tolerance towards the utterly unacceptable behaviour of many a Member of Parliament in our country in recent times.

In the world’s largest democracy, there has got to be a better – and more civilised – way of dealing with issues such as the three new farm laws or the Pegasus affair or any other contentious issue for that matter. One does not need to look far for such a way. Everything is enshrined in the Constitution of India – all the rules and procedure of conduct of business in the Parliament. It’s not rocket science.

Just the same way, one cannot help but feel that the United States-led international forces could have handled the longstanding challenge of Afghanistan, despite its deep-rooted problems, in a much better and smarter way. Spending trillions of dollars and donkey’s years protecting Afghan people and heritage from Taliban extremism, only to throw it all away – with a withdrawal without a semblance of a sustainable resolution, not even a credible explanation, leaving long-time supporters there to fend for themselves between the jaws of death – made no sense whatsoever.

Fortunately, India has had little part to play in this unmitigated disaster. In fact, everything that it has done in, and for, Afghanistan over the past two decades has been constructive. Befitting of its stature as a giant of democracy and its position as a friendly neighbour, India has been one of the biggest providers of humanitarian and developmental assistance to the Afghans, having spent more than US$3 billion for construction of schools, colleges, hospitals, dams, electricity grids and even a Parliamentary building in their country.

Unlike Washington, New Delhi will have nothing weighing on its conscience – no blood on its hands – as far as the Afghan tragedy is concerned. Yet, as the great Roman lyric poet Horace had rightly said, “It is your concern when your neighbour’s wall is on fire.” Therefore, it is neither possible nor desirable for India to look away from what is happening in Afghanistan.

Given India’s past history with the earlier Taliban regime, a lot is at stake particularly on the security front, especially in Jammu and Kashmir. Establishment of a hard-line Taliban-ruled Islamic Emirate of Afghanistan, and one that is friendly with Pakistan and possibly China, is far more likely to be good news for anti-Indian terrorist organisations than for Indian security forces.

Similarly, India’s trading interests and prospects are likely to be heavily affected depending on its relationship, or lack thereof, with the Taliban government. But our nation continues to play its humanitarian role by making life as easy as possible for incoming Afghan refugees. Thus, despite its flaws and the many challenges it faces, India continues to continuously redeem itself as a democracy.