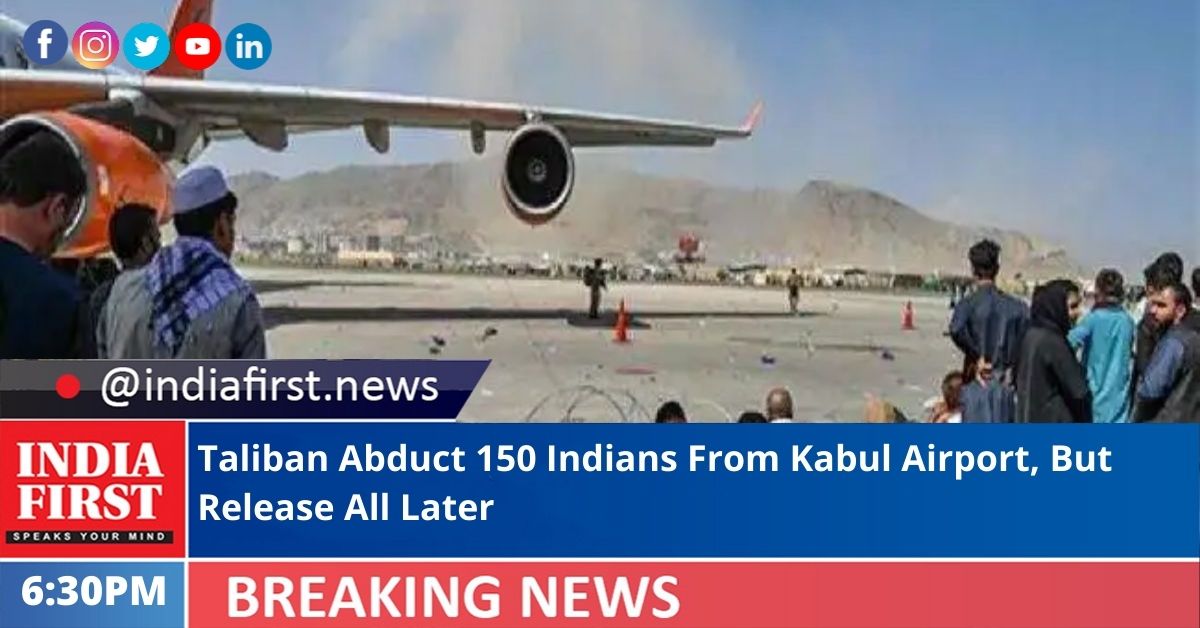 Amid reports of the alleged abduction of around 150 Indians from outside the Hamid Karzai International Airport in Kabul today, local Afghan journalist Zaki Daryabi said that the kidnapped persons were released and they were on the way to the airport.

“Two sources confirmed that the Indians have been released by the Taliban. They are on the way to Kabul airport,” Daryabi tweeted.

He also said that these Indians were taken to the nearby Alokozai compound from the Kabul airport, adding they were safe.

The reports also said that these Indians were taken to the nearby area of Alokozai compound, a garage designated for US forces, as there was a huge rush at the airport and the Taliban allegedly inspected their documents and released them.

The abductors later ushered them to the right place at the airport from where their evacuation flight would take off for India after getting the slot, the report added.

Earlier in the day, the Afghan media reported that men affiliated with the Taliban have abducted over 150 people, mostly Indian citizens, from an area close to the airport.

A local publication ‘Kabul Now’ had also confirmed the development.

However, the Taliban denied the report of abducting Indian nationals.

“The report about kidnapping is a rumor. The Taliban members are helping all foreign nationals to get access to the airport. We are determined to provide safe passage to all foreigners to get to the airport,” Ahmadullah Waseq, a Taliban spokesperson, told local media Eitlalatroz.

He said Taliban forces were escorting about 150 Indian citizens to safely enter the airport.

Following the Taliban’s takeover of the Afghan capital on August 15, thousands of Afghans have flooded to Kabul airport to leave the country.

About 5,000 US troops have been deployed in Kabul airport to help with the airlift process.

At least 12 people have been killed in gun shootings and stampedes in the airport since the capital city’s fall.

The situation in Afghanistan remains uncertain after the Taliban’s swift takeover of most parts of the country.