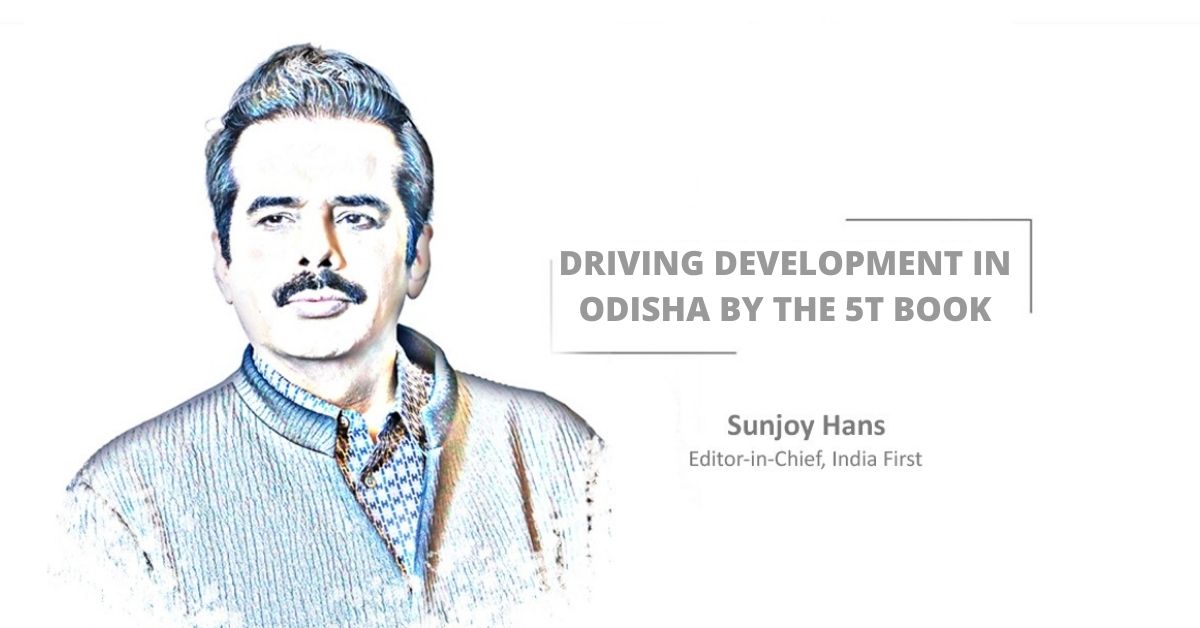 Chief Minister Naveen Patnaik’s secretary VK Pandian, who is also the first 5T secretary of the state, remains the driving force behind the various developmental initiatives launched by the Odisha government. It is his responsibility to ensure that developmental projects are not only completed in a time-bound manner, but also with a high degree of transparency. Pandian, who began his career as a civil servant as the sub-collector of Dharmagarh in then backward Kalahandi district, has been carrying out this responsibility with exemplary efficiency.

A shining example of this is the inauguration of 10 smart schools in the Hinjilicut tehsil of Ganjam district yesterday by the Chief Minister under the school transformation programme of the state government’s 5T initiative. More such schools will be inaugurated in the district in a phased manner, with plans to extend the programme across the state. The inauguration was preceded by 5T secretary’s visit to Ganjam, during which he inspected the facilities at several high schools.

Inaugurating the smart schools in virtual mode, the Chief Minister expressed hope that they will fulfil the hopes and aspirations of the students in all fields of activities. Patnaik ascribed the success of the programme, which was perfectly coordinated by Pandian, to 5Ts – Technology, Teamwork, Time, Transparency and Transformation.

Seemingly indefatigable, Pandian was in Rourkela recently along with chief secretary Suresh Mahapatra and some other senior bureaucrats to review various developmental projects, including the construction of Birsa Munda International Hockey Stadium, Biju Patnaik Indoor stadium, a science park and planetarium. The hockey stadium, which will be the largest in the country with a seating capacity of 20,000, is expected to be completed by July next year. The construction of Biju Patnaik indoor stadium is in the final stages.

The international hockey stadium coming up in Rourkela is among the most important projects of the government at the moment in view of the Men’s Hockey World Cup to be held in Odisha for the second consecutive time in 2023. Along with the Kalinga Stadium in Bhubaneswar, the upcoming Birsa Munda Stadium in Rourkela will host the matches for this world cup.

Pandian’s love for hockey is well known. Earlier this year, he was honoured by the International Hockey Federation (FIH) for his contribution to the promotion of the game. He had a big hand in ensuring the success of the Men’s Hockey World Cup that was held in Odisha for the first time in 2018. The event had put Odisha, especially the capital city of Bhubaneswar on the international sports map, and it made Odias around the globe proud of their state.

An officer of proven efficiency, the 5T secretary has left his stamp on every important assignment that he has handled so far. While his stint as the sub-collector of Dharmagarh is still remembered by the people of the area, for the bold initiatives he had taken for their development, one of his most memorable stints as a young IAS officer was as the collector of Ganjam where he launched a string of pro-people initiatives. He came up with innovative ideas to bring the underprivileged people of the district into the economic mainstream. His work attracted the attention of Patnaik who then made one of the most important decisions of his career – appointing this dynamic officer as his secretary.