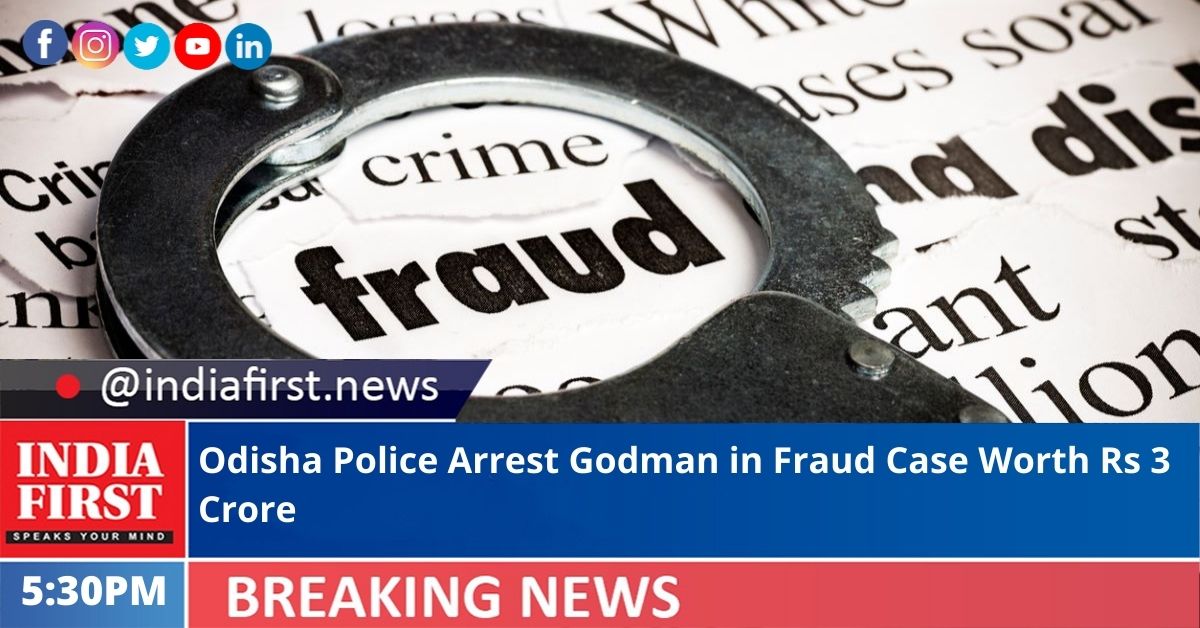 A self-proclaimed ‘Baba’ and a techie have been arrested for their involvement in a fraud case worth Rs 3 crore, the Odisha Police said yeterday.

The accused have been arrested as per EOW PS Case No 10 of 2021 on the basis of a written complaint filed by Odisha Tourism Development Corporation (OTDC) official, said EOW SP, Gagarin Mohanty.

Mohanty, who was earlier working on contractual basis as assistant engineer in OTDC, in criminal conspiracy with others had cheated a special class contractor by issuing fake work orders purportedly issued by OTDC, Bhubaneswar and collected a huge amount from him in his personal account towards purported/ projected EMD against the work orders, he said.

In the course of their interactions, both Baba and Mohanty promised to provide work orders to the contractor in respect of works from OTDC Ltd. and instructed him to deposit various amounts towards EMD in the personal account of Chandan.

The accused has handed over 23 numbers of work orders for repair and renovation of Pantha Nivas at Barkul and Rambha, purportedly issued under the seal and signature of OTDC executive engineer and managed to get Rs 3 crore approximately from the contractor, the SP said.

During investigation, Mohanty said, all those work orders were found fake and manufactured by using forged signatures and seals and not issued from OTDC Ltd. They are being forwarded to the court of SDJM, Bhubaneswar, he added.