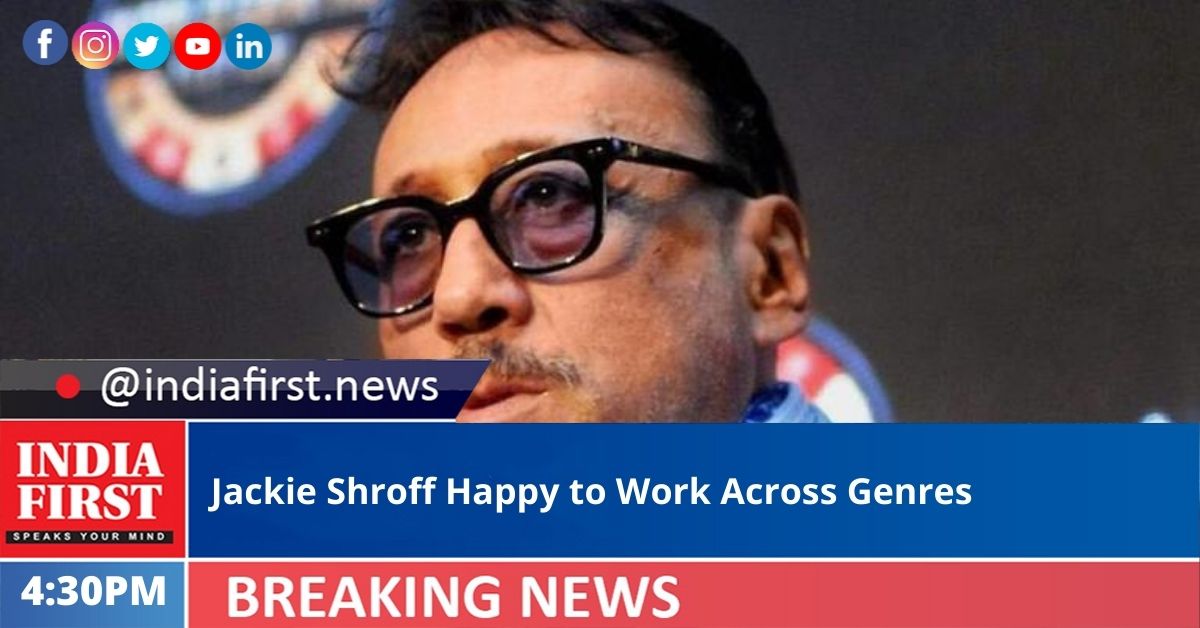 In his 39-year-long journey in the world of acting, Jackie Shroff has starred in over 200 films in several languages and has dabbled in almost all genres possible. The actor calls himself an open book and says that he is not opposed to doing anything when it comes to movies.

Jackie, who is fondly called as ‘Jaggu dada’ by his fans and friends, is gearing up for the release of his forthcoming thriller ‘The Interview: Night of 26/11’, where he will be seen playing a war correspondent.

Talking about not limiting himself to one genre, Jackie said: “I think directors saw ‘Devdas’ in me, ‘Sai Baba in me, ‘Mission Kashmir’ in me….It’s not a conscious choice, it’s just the kind of roles I kept getting over a period of time.”

“I have just been an open book and I am not opposed to doing anything. I am not like ‘I want this or that’. So, I have been lucky. I am an open book. I can do anything,” the 64-year-old added.

‘The Interview: Night of 26/11’ is directed by Laurens C. Postma, and also stars Anjum Nayar.

Jackie shared details about his role: “I am a war correspondent who is compelled to do an interview of a superstar which he doesn’t like and how an interview turns into a mystery.”

“It is a Dutch film. It was fun to be working with an international director on a suspense film.”

Monty Sharma has done the background music and dialogues have been written by Prawal Raman.

The screenplay was penned by Laurens and Farrukh Dhondy.

‘The Interview: Night of 26/11’ has been produced by Pappee Sangtani, Sunitha Ram, Laurens Postma, and Fourth Wall Entertainment.

It will premiere on BookMyShow Stream TVOD at the end of August.