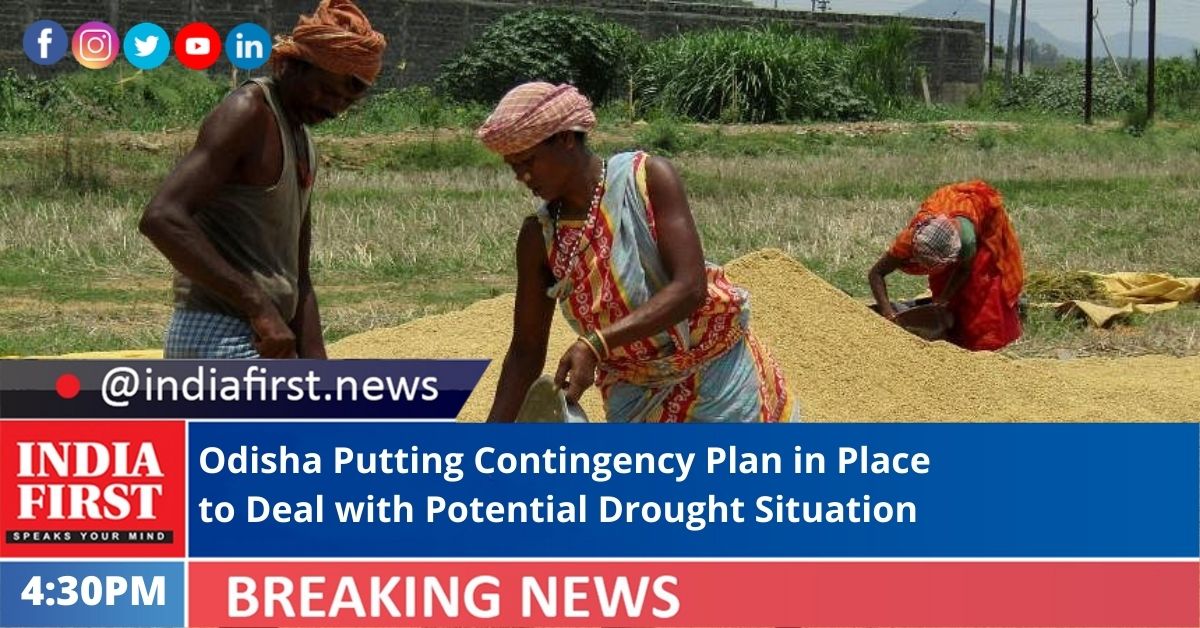 With the state recording 30 per cent deficit rainfall in this monsoon, the Odisha government is preparing a contingency plan to tackle a possible drought-like situation, officials said.

“At least 30 blocks in 15 districts are experiencing moisture stress condition. In the areas, where paddy cultivation has suffered damage due to low rainfall, farmers would be encouraged to grow alternative crops amid the dry spell,” Principal Secretary, Agriculture S.K. Vashisth said, after a high-level review meeting chaired by Chief Secretary S.C. Mahapatra.

Mahapatra has also directed the power distribution companies (discoms) to ensure uninterrupted supply to all lift irrigation and bore well points. “The Chief Secretary has also directed Pani Panchayats to have regular meetings with the discoms in this regard,” Vashishth added.

Instructions were also given to expedite the repairing of all canals to ensure that the water reaches the tail end of the canal, he said.

In view of the extensive damage to crops in some districts, the District Collectors were asked to prepare a contingency plan for alternative crops in each block and panchayat.

Officials concerned have also been asked to ensure the livelihoods of farmers who have sustained huge losses by providing them with more labour-intensive workdays through different welfare schemes under the Mahatma Gandhi National Rural Employment Guarantee Scheme (MGNREGS).

While the state government has created 10 lakh workdays till August this year, the Chief Secretary has directed the department concerned to create another 20 lakh workdays in the rain-deficit districts, he added.

Blocks facing scanty rainfall have been asked to adopt alternate means of cultivation and the Odisha State Seeds Corporation directed to provide necessary seeds in this regard.

The state has received only 571 mm of rain since June as against the normal rainfall of 820.5 mm. Seven districts – Sambalpur, Jharsuguda, Keonjhar, Angul, Boudh, Jajpur and Bhadrak – have recorded a deficit rainfall between 39 per cent and 59 per cent, and 18 others registered below 39 per cent. The remaining five districts witnessed normal rainfall.

Meanwhile, the state unit of BJP said that it will send four teams to the drought-prone areas to make an assessment of the ground situation very soon.