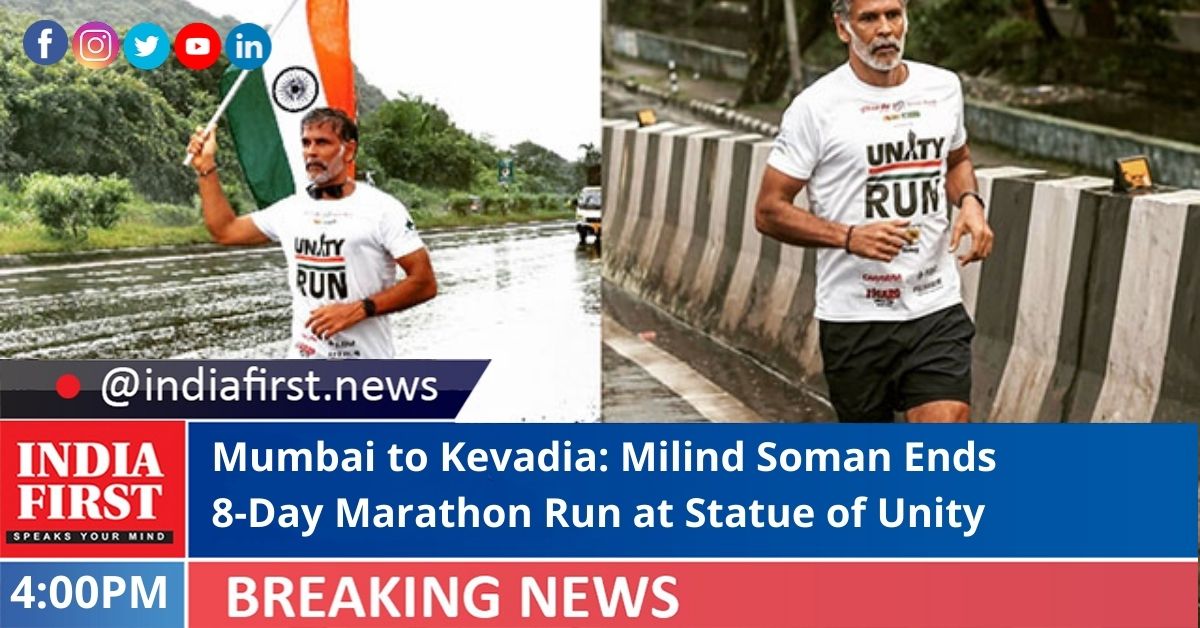 Actor and model Milind Soman has completed an eight-day barefoot run of 420 km at the Statue of Unity, Sardar Vallabhbhai Patel’s 182m-tall statue at the Sardar Sarovar Dam in Kevadia, Gujarat.

Milind started running on August 15 from the Shivaji Park in Dadar, Mumbai, and finished it this past Sunday. His wife Ankita Konwar also joined him for 28 km of the distance. Milind covered the distance by running close to 60 km per day.

The fitness enthusiast braved heavy rainfall, flooded roads, harsh sun, and high fever to complete the run. He had hit the road after eight months for the run. In the past, Milind has been a part of various marathons.

His just-concluded run was to promote the nationwide Fit India and Healthy India campaign initiated by Prime Minister Narendra Modi.