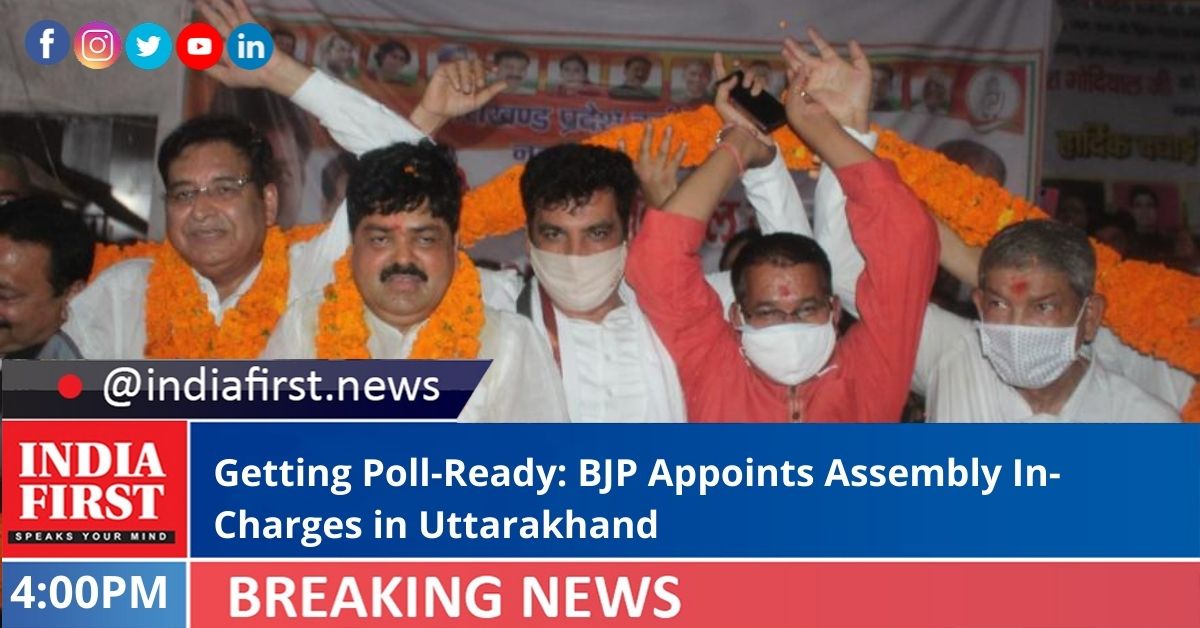 Days after BJP chief J.P. Nadda’s two-day visit, the party’s Uttarakhand unit has shifted to poll mode with the appointment of Assembly in-charges. One senior leader has been given the responsibility for one Assembly seat.

BJP Uttarakhand president Madan Kaushik approved the list of in-charges. A total of 70 senior leaders have been made in-charge for the same number of Assembly segments.

Sources said that these Assembly in-charges will take stock of the ground situation and forward it to the state leadership. “They will also oversee the execution of state leadership decisions and strategy at the ground till the election,” they said.

According to a party functionary, an in-charge plays an important role in each and every activity in the Assembly seat and ensures coordination at all levels.

“They will basically work as the eyes and ears of the state leadership and work to strengthen the party at the ground level by taking everyone together,” a party insider said.

Elections to the 70-member Uttarakhand Assembly will be held early next year along with Uttar Pradesh, Goa, Manipur and Punjab.

A year before the polls, the BJP changed two chief ministers in Uttarakhand – Trivendra Singh Rawat and Tirath Singh Rawata – in four months and made Pushkar Singh Dhami the new Chief Minister of state.

Last week, BJP chief Nadda was in Uttarakhand for two days to take stock of the party’s poll preparedness. During his visit, Nadda held around a dozen meetings with different groups of people and leaders.

Nadda had asked all the elected representatives of the party to spend time with the people and to spread awareness about the policies of the Union and state governments.

A senior party functionary said that Nadda has given three basic formulas — strengthening the organisation at booth, ratri pravas (night stay) and dialogue with the people — for winning the next year’s Assembly polls.