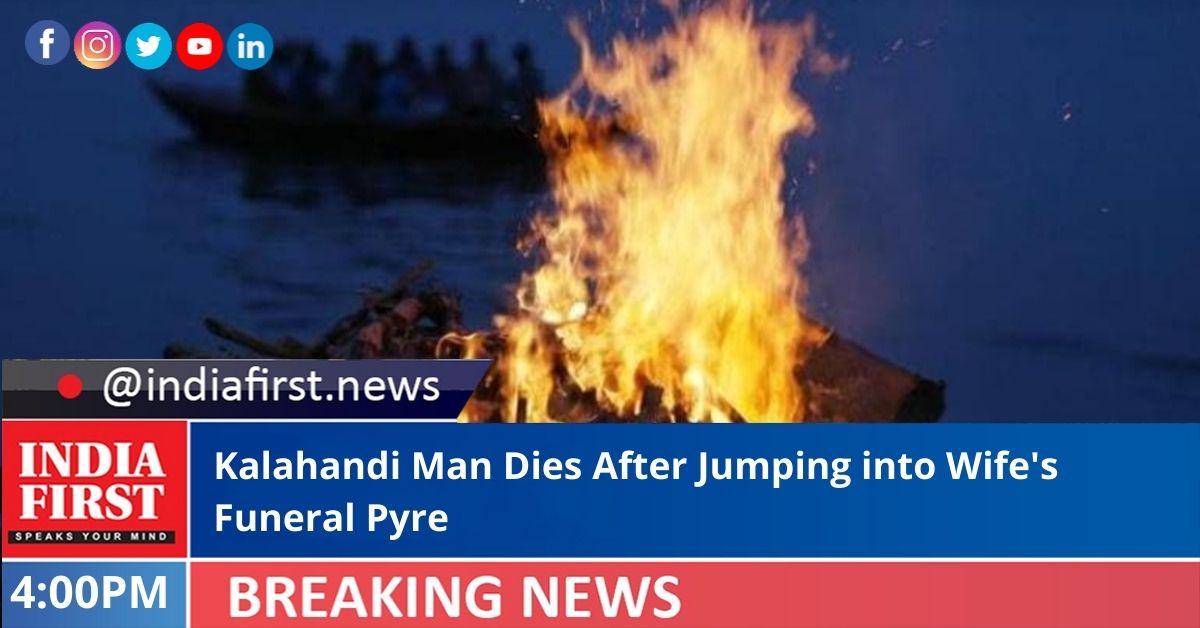 Nilamani Sabar, an elderly man from Odisha’s Kalahandi district, died after jumping into the funeral pyre of his wife, the police said today.

The shocking incident occurred at Sialjodi village under the Golamunda block of Kalahandi district.

According to the locals, Raibari Sabar (60), the wife of Nilamani Sabar aged around 70 years, died of cardiac arrest on August 24. Raibari’s body was taken to the local crematorium for last rites, which were performed in the presence of the deceased person’s family members and relatives.

When those present for the cremation went to take bath at a nearby pond, Nilamani jumped into the funeral pyre. Despite attempts made by the people present there, Nilamani succumbed to burn injuries, said Damba Parija, an officer from the Kegaon police station.

An unnatural death case has been registered in this connection, he added.

Local sarpanch Danara Bag said, “Both were staying in a small house. The couple loved each other so much that Nilamani couldn’t bear the loss which prompted him to take the extreme step. The couple is survived by four children.”