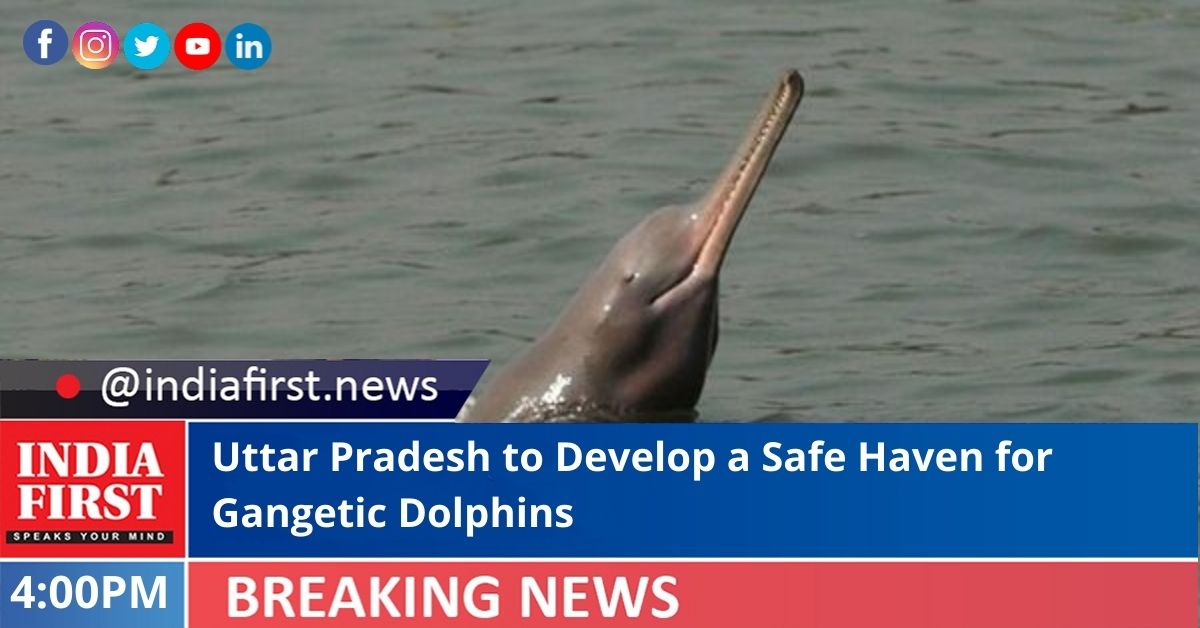 A dedicated dolphin reserve is being planned in the Hastinapur Wildlife Sanctuary which is a protected area in the Gangetic plains of Uttar Pradesh.

The dedicated dolphin conservation reserve is being planned with an aim to increase its population base which will go a long way in boosting ecotourism in the region.

According to a senior forest official, WWF India is already involved in the conservation process and the state government will seek its help in studying the most favourite pools that dolphins frequent.

At present, there are 41 dolphins in the sanctuary. Gangetic dolphins fall under Schedule I of the Indian Wildlife (Protection) Act and have been declared an endangered species by the International Union for Conservation of Nature.

“We are planning to develop the reserve on the lines of Vikramshila Gangetic Dolphin Sanctuary near Bhagalpur in Bihar. The reserve will be made where the largest concentration of dolphins is found. Those deeper pools provide a conducive environment for the breeding of these dolphins,” said the official.

The WWF-India and state forest department’s divisions of five districts — Bijnor, Meerut, Hapur, Amroha and Bulandshahr — have been involved in the conservation of National Aquatic Animal since 2012.

Last year on October 5, on the occasion of World Dolphin Day, Director General of ‘Namami Gange’ Rajiv Ranjan had flagged off ‘My Ganga, My Dolphin’ campaign at Bijnor and also inaugurated the introduction of Dolphin Safari to attract tourists in the region.