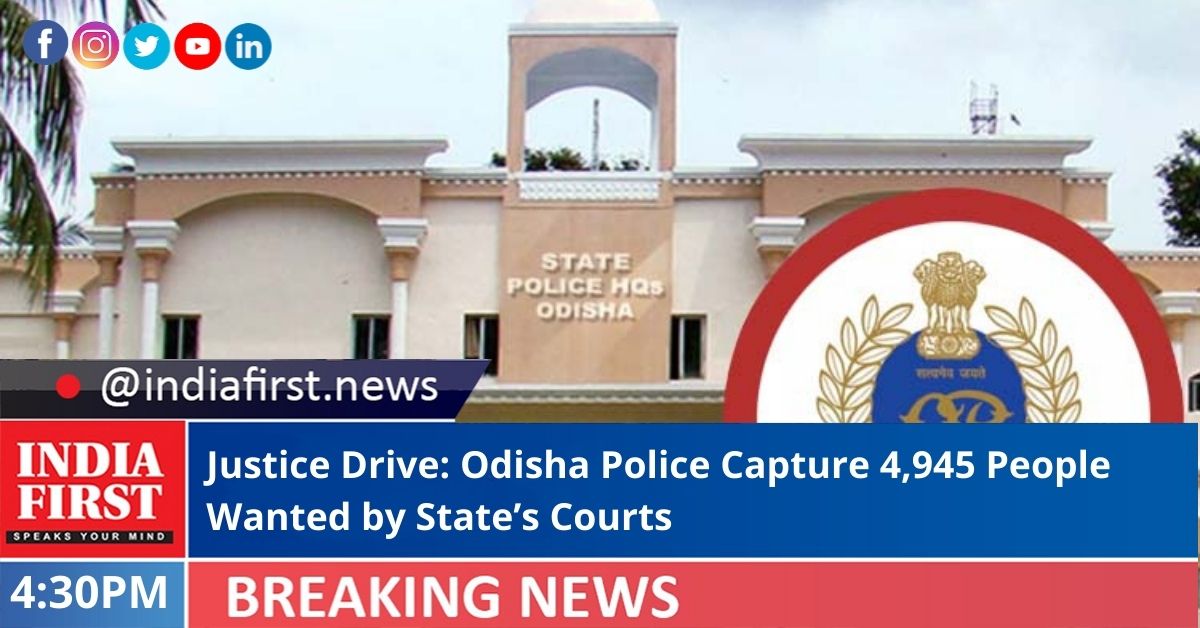 The Odisha police have arrested 4,945 persons during a special drive launched for the execution of pending non-bailable warrants, police officials said in Bhubaneswar yesterday.

The police had conducted the special drive from August 16 to August 25 and arrested these persons, against whom non-bailable warrants were issued by various courts.

“Odisha Police had spl drive from 16.8 to 25.8 to arrest persons wanted by courts, 4,945 persons have been arrested on the strength of NBWs n produced before courts, many in old n heinous cases. My compliments to officers and men of Odisha Police,” director general of police, Abhay said in a tweet yesterday.

Among the major cases, the police arrested a murder case warrantee after 7 years of his absconding under Pipili police station in Puri district.

The Cuttack urban police have executed two NBWs as per the directives of the Orissa high court. Those NBWs were executed by Daraghabazar PS and Cantonment PS respectively after 20 and 31 years of their absconding.

The Atabira PS under Baragarh district arrested a property offender who remained absconding for 16 years and Bheden PS in the district was able to arrest one murder case absconder after 11 years.

The DGP has appreciated the good work done by the police personnel and issued appreciation letters to SSP of Ganjam, Balasore, Khurda, Cuttack and Kandhamal districts.