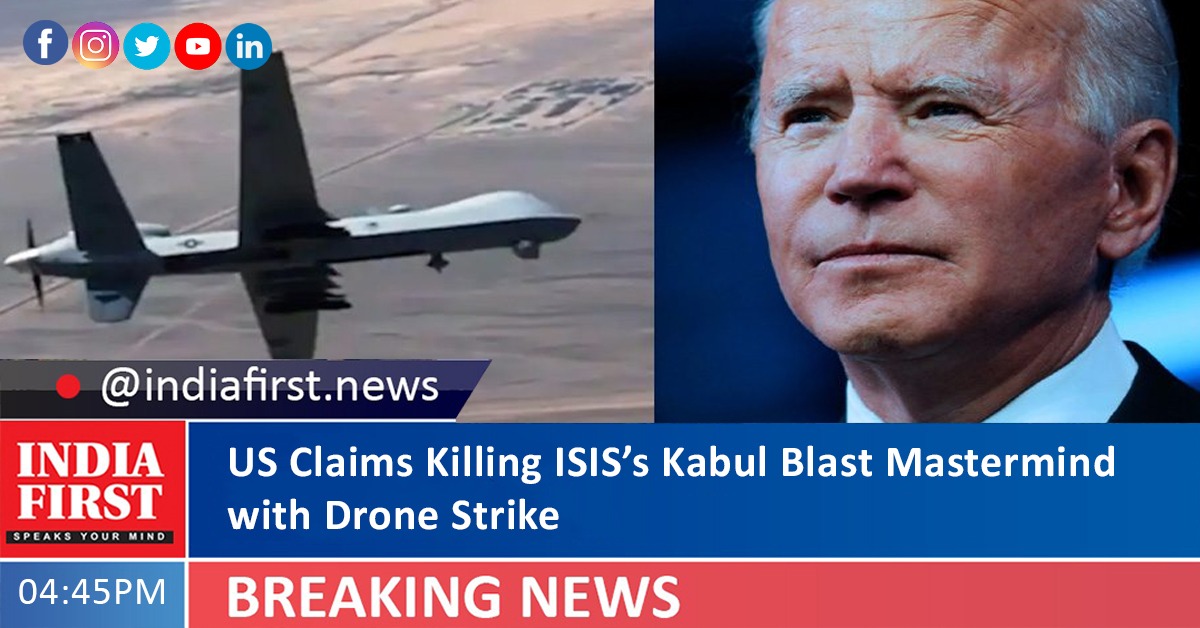 The US military said it believes it has killed a planner for the Afghan branch of the Islamic State (IS) terror group in a drone strike in the east of the country, the media reported.

“The US military forces conducted an over-the-horizon counterterrorism operation today against an IS-K planner,” US Central Command spokesman Bill Urban said in a statement last night.

“The unmanned airstrike occurred in the Nangahar Province of Afghanistan. Initial indications are that we killed the target. We know of no civilian casualties,” the statement added.

Urban described the drone attack as an “over-the-horizon counterterrorism operation”, the BBC reported.

Most of IS-K’s several thousand extremists are believed to be in hiding in Nangarhar province.

The IS-K claimed responsibility for the deadly attack outside Kabul airport on August 26 that may have killed as many as 170 people, including 13 US service members.

Officials in Washington have warned of heightened terror threats to American troops in the aftermath of what was one of the deadliest attacks in the 20-year US-led invasion in Afghanistan, Xinhua news agency reported.

Pentagon Press Secretary John Kirby told a news conference yesterday that “specific credible threats” are believed to exist, “and we want to make sure we’re prepared for those” threats.

White House Press Secretary Jen Psaki echoed the concern over those security threats, saying in a press briefing that American officials believe “another terror attack in Kabul is likely”.

Also yesterday Major General Hank Taylor, deputy director of the Joint Staff For Regional Operations, clarified to reporters that the blast at the Abbey Gate of the Kabul airport involving a sole suicide bomber was the only attack that happened Thursday, correcting earlier reports that a second attack was launched at the adjacent Baron Hotel.

“I can confirm for you that we do not believe that there was a second explosion at or near the Baron Hotel; that it was one suicide bomber,” Taylor said.

It was not clear the individual killed in the US airstrike was specifically involved in Thursday’s bombing.

The US reprisal came after President Joe Biden promised to strike those responsible for the suicide bombing.