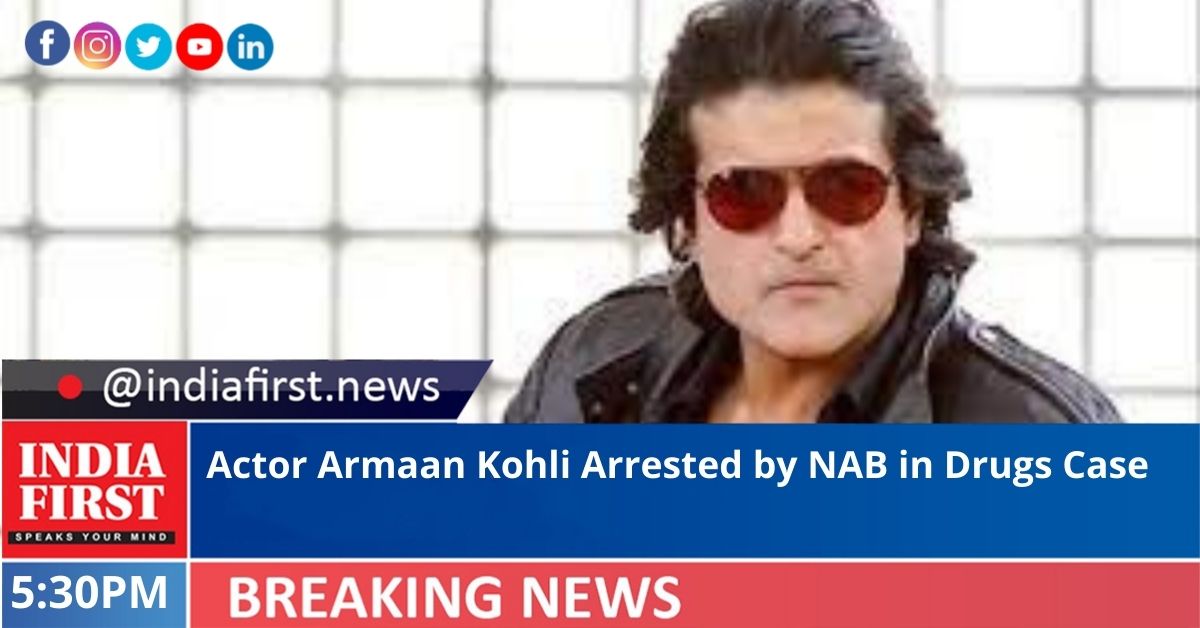 The Narcotics Control Bureau (NCB) said today that it has arrested Bollywood actor Armaan Kohli hours after the recovery of a small quantity of cocaine during searches at his Andheri residence.

The searches were carried out yesterday.

The NCB had raided Kohli’s home late last evening and then took him to its office after recovering the banned narcotics, said NCB Zonal Director Sameer Wankhede.

He added that what has emerged from the probe till now, the case could have international ramifications as the cocaine seized had originated from South America.

“The NCB is probing the route and linkages used to bring the seized cocaine to Mumbai and the involvement of other traffickers,” Wankhede said.

Kohli’s name emerged during the interrogation of a peddler Ajay Raju Singh who was arrested in Worli yesterday morning, as part of the NCB’s all-out war against the drugs mafia.

A history-sheeter with a previous case lodged against him by the Anti-Narcotics Cell of Mumbai Police, the NCB nabbed Ajay Singh yesterday near the Haji Ali Mausoleum and recovered 25 gms of Mephedrone from him.

Following this, Wankhede said that a first information report has been lodged against both Singh and Kolhi, under various sections of the NDPS Act, and further investigations are under way.