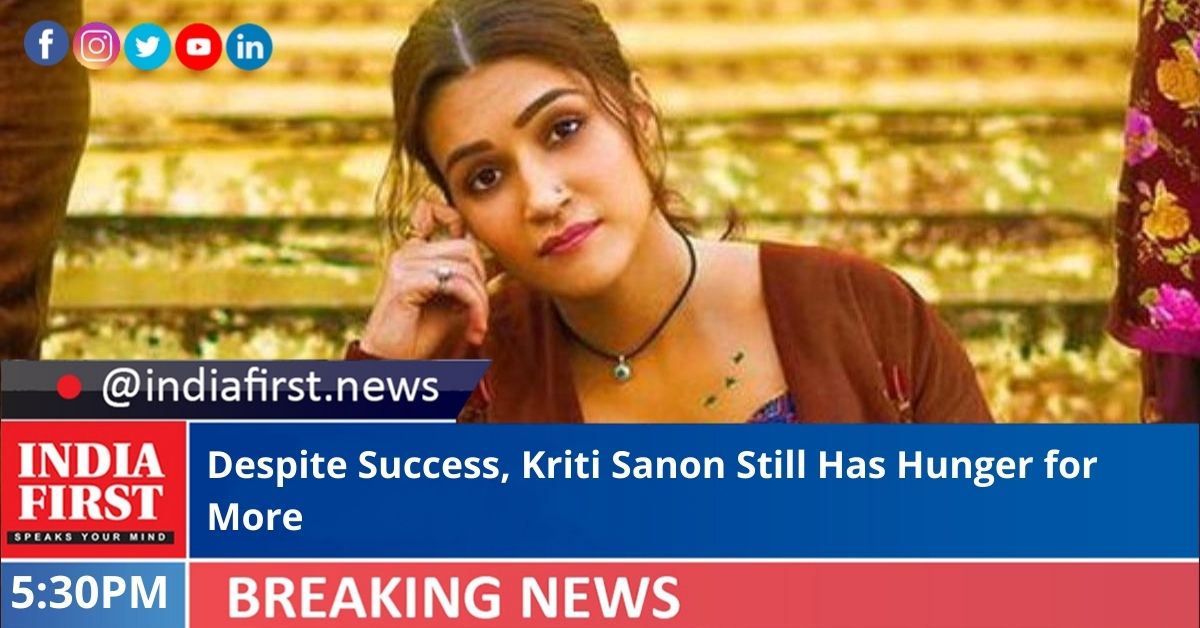 Kriti Sanon has found her feet in Hindi cinema in just seven years. She has worked on hits such as ‘Heropanti’, ‘Bareilly Ki Barfi’ and ‘Lukka Chuppi’ among others. The actress does not want to stop as she says she is not satisfied with where she is and is sure that there is still a lot more inside of her to discover.

Kriti made her Bollywood debut in 2014 with ‘Heropanti’, where she was paired opposite actor Tiger Shroff. Looking forward, the actress, whose latest release is ‘Mimi’, has her diary full as her line-up includes ‘Hum Do Humare Do’, ‘Bachchan Pandey’, ‘Bhediya’ and ‘Adipurush’.

In a chat, Kriti spoke about how she sees her journey in Bollywood.

Kriti said: “I think my journey has been very fruitful and I believe that your journey should have an upward curve and a graph it shouldn’t go stagnant at any point. There should be something that you are constantly learning and growing and I am not from a film background and I didn’t think of becoming an actor for the longest time.”

The 31-year-old actress, who secured a degree in Electronics and Telecommunication Engineering, added: “I am an engineer, who happened to find her luck in acting and found what she is meant to do. With Dimpy (her character in ‘Heropanti’), I was still finding my way and mark I have always been a thinker so I tend to think and question a lot. I want to learn.”

Kriti is also a “quick learner” and says she wants to grow.

The actress said: “I want to become better than what I am already doing and that has always been a driving force for me. I am just happy to see that I have grown, I have learned a lot more about my craft. I know a lot more emotions and acting as a process of a craft of mine.”

“I am not satisfied with where I am, I am sure that there is still a lot more inside me to discover. So, that is what is exciting.”