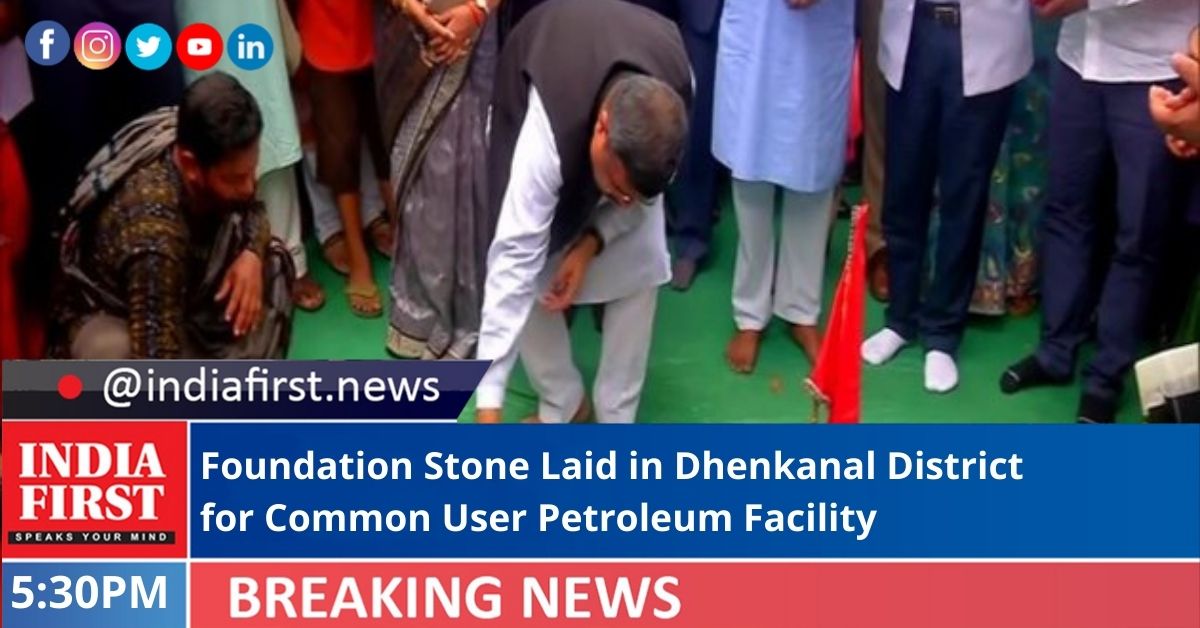 The foundation stone for a common user petroleum facility, to be utilised by three State-run oil marketing companies, was laid in Sadashibpur in Dhenkanal district of Odisha today.

As a result, the eastern States of India, in particular Odisha, have witnessed accelerated growth in the past years, he said.

Pradhan said the common user petroleum facility will lead to reducing the transportation cost of petroleum materials in the regions of central & north Odisha and it will be connected with railways line also.

Due to this project, Dhenkanal district will also have other small industries and will be the reason of employment generation for the local people, he added.

“The facility will reinforce Supply security of Petrol & Diesel to Central & North Odisha. Being constructed at a cost of Rs 394 crore with 42,000 kilolitre storage capacity will be commissioned in 2023 and will create significant employment opportunities,” Puri said in a tweet.

MoS Teli emphasised on timely completion of the terminal project. More such projects are in the proposal from the ministry for the development of Odisha and Assam, he added.

Three oils PSUs – IOCL, BPCL and HPCL will use the facility. While BPCL will be the lead company for developing this facility, the Capex will be shared amongst participating companies based on a mutually agreed formula.