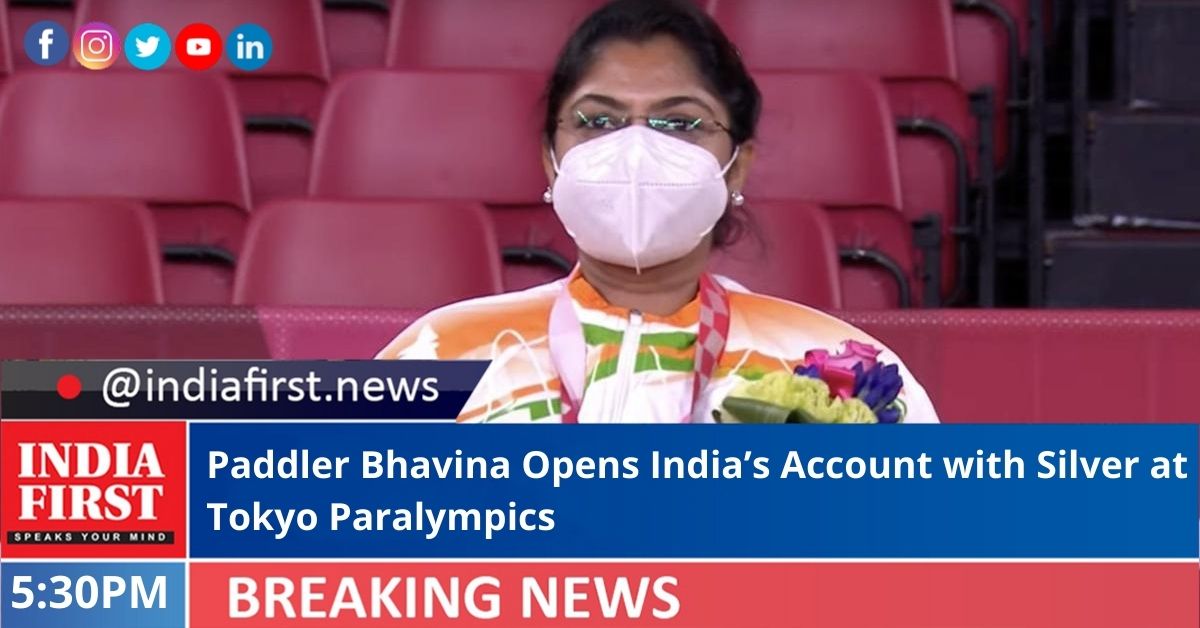 There was no fairy-tale ending as Bhavina Patel’s sensational run in the Tokyo 2020 Paralympic Games ended with a silver medal as she lost to world No. 1 Zhou Ying of China in straight games in the final of the women’s table tennis Class 4 today.

Bhavina thus made history for India on National Sports Day by becoming the first table tennis player from the country to win a medal in the Paralympic Games.

The 34-year-old Bhavina, who lost to the best player in the world and one who is far more experienced than her, became the first Indian table tennis player to win a medal at the Paralympics.

She also became only the second Indian female athlete to win a medal in the Paralympics after Deepa Malik, who bagged silver in shot put F43 in 2016.

Bhavina, in her maiden Paralympic Games, had lost to Zhou in her opening preliminary round Group A match too.

Today, the Indian started tentatively and was always under pressure as the Chinese did not make any mistakes and executed her shots with perfect timing.

Zhou opened up a handy lead midway through all three games and did not allow Bhavina to play her natural game. She kept the ball wide, served well, and did not make many unforced errors.

Bhavina found her rival’s spin and angles too hard to handle and succumbed in 19 minutes.

The 34-year-old Indian lost the first game in six minutes, as Zhou surged ahead from 2-2 to go 6-2 up and wrapped it up 11-7. Zhou did not allow Bhavina to use her whiplash backhand flick to good effect and kept the ball closer to the table, not allowing her Indian opponent to create wider angles.

The script remained the same in the second game as Zhou relentlessly built the pressure and did not allow Bhavina to execute her shots. The Chinese got an early lead and pressed home her advantage to win 5-11.

Bhavina did put up a better fight in the third game, caught up with Zhou at 5-5, and took the lead. But the Chinese was too strong and kept her nerves to wrest back the lead and won the game 11-6 to wrap up a deserved win.