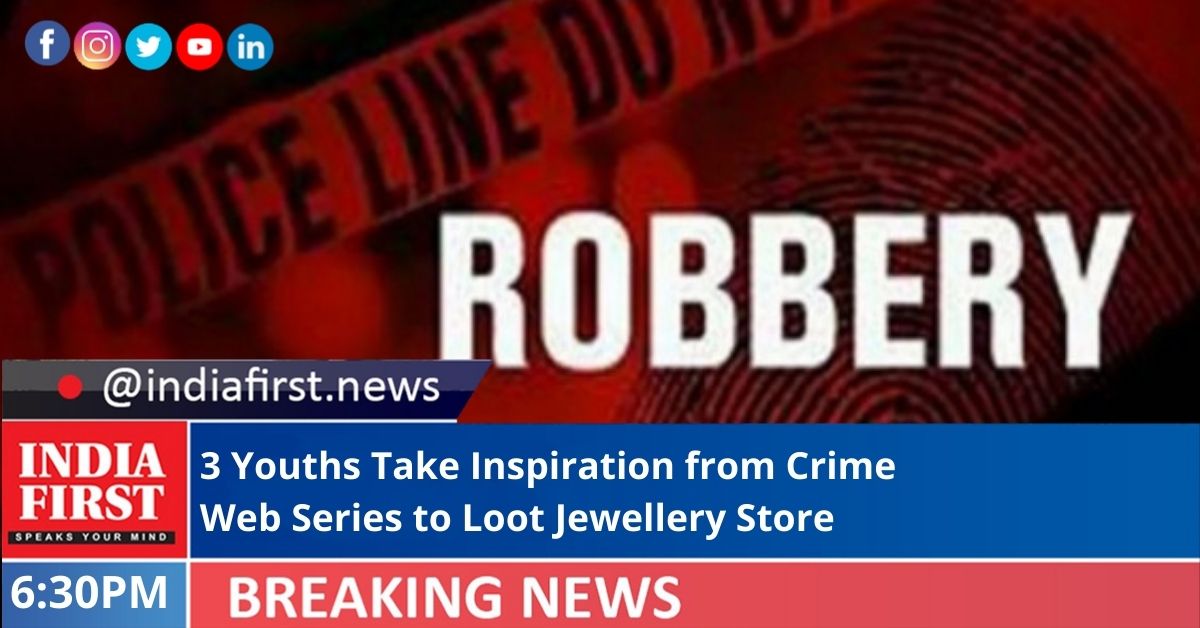 Three youths, inspired by a crime web series, robbed a jewellery store in the Gomti Nagar area in Lucknow.

They were ‘inspired’ by crime web series ‘Money Heist’ that is streaming on an OTT platform and committed the crime on Saturday, said the police.

Within 24 hours, the police cracked the case and tracked down the kingpin, who was none other than the salesman at the counter, Pradeep, who feigned victim after his aide thrust a gun on his head and tied up his hands.

The whole crime scene was set up by Pradeep, whose burqa-clad accomplice, Imran, spoke in a soft dulcet tone before enacting the heist and slipping away into the bylanes.

The third accomplice, Sandeep Gupta, who provided the getaway car was also nabbed with Imran and Pradeep.

Police also recovered ornaments worth Rs 15 lakh, the getaway car and burqa and sneakers worn by Imran. They were arrested from neighbouring Gangotri Vihar.

“We waited for the heat to die down and interrogated Pradeep after conducting a thorough investigation. During sustained grilling, Pradeep broke down and owned up to the crime after which his aides were arrested,” said the ACP.

The three youths are school dropouts and wanted to make a fast buck for luxury living.

“A day before the robbery, the accused hammered out the plan, but in haste, Imran forgot to change his shoes while stepping out of the car. The accused also failed to notice a functional CCTV just next to the jewellery shop,” said the police officer.

They had all watched web series like ‘Money Heist’ on OTT platforms.