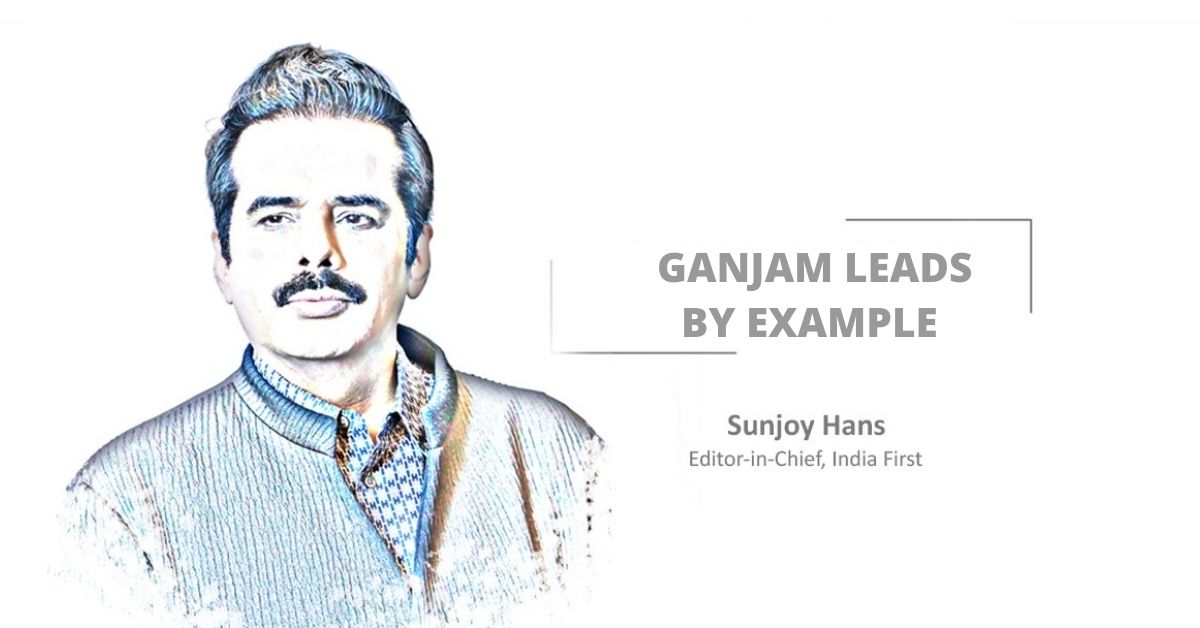 With fears of a possible third COVID-19 wave growing with each passing day and experts making grim forecasts about the vulnerability of children and adolescents, the Ganjam district administration has been first off the blocks in taking the necessary preventive measures. It has, in fact, set an example for others by launching a programme for doorstep health screening of children.

Having learnt from past experience, Ganjam – which was the worst affected by the first wave of the pandemic, with lakhs of migrant workers returning to the district from different parts of the country – has decided to make advance preparations this time to ward off the chances of having to deal with any major health crisis. District officials, led by collector Vijay Amruta Kulange, launched the screening programme in full force in the immediate wake of predictions by health experts about the high vulnerability of children to the potential next wave of the deadly virus.

This is the right strategy to follow for the entire state. Additional chief secretary, Health, Pradipta Kumar Mohapatra has alerted all district administrations about the need to make necessary arrangements to deal with a possible third wave that, according to experts at the national level, may hit the country next month and reach its peak in October. Following in the footsteps of Ganjam, all district administrations must ask ASHA and Anganwadi workers to visit each household in their respective panchayat area and collect the swabs of children while screening. This would not only ensure quick identification of positive cases but also prompt treatment of patients.

There is also an urgent need to form task force committees at the block and municipal corporation levels. While development officers should head the task force panels at the block level, the commissioner should lead the committee at the municipal corporation level. The committees, as in the case of Ganjam, should include child specialists, Ayush medical officer and child development project officers. Arrangements for isolation beds should be made at all community health centres, sub-divisional hospitals and the district headquarters hospital.

The Ganjam administration has taken a very wise decision by reserving half of the beds in special newborn care units (SNCUs) and newborn stabilization units (NBSUs) for COVID-infected babies. Similar preparations should be made by all district administrations, which are receiving all possible support from the government in terms of resources. While healthcare facilities in almost all the districts have been upgraded, hospitals and health centres have been sufficiently staffed with doctors and paramedics to deal with any kind of health crisis.

This has been possible because of the measures the state government had taken in anticipation of the first wave of the pandemic last year. Subsequently, more facilities were added to hospitals where the number of specialists was also increased keeping future needs in mind.

A few months ago, when health experts began talking about the possibility of a third wave of COVID-19 and its likely impact on children, Odisha government immediately went into action mode and started setting up special paediatric wards at hospitals to deal with COVID cases. Doctors were provided the necessary training. The state, thus, has been gearing up to tackle a possible third wave of the pandemic for quite some time. However, since enough is never enough in such situations, it is always better to keep updating one’s strategy in the light of new developments. The Ganjam administration has done exactly that and thus set an example for others.