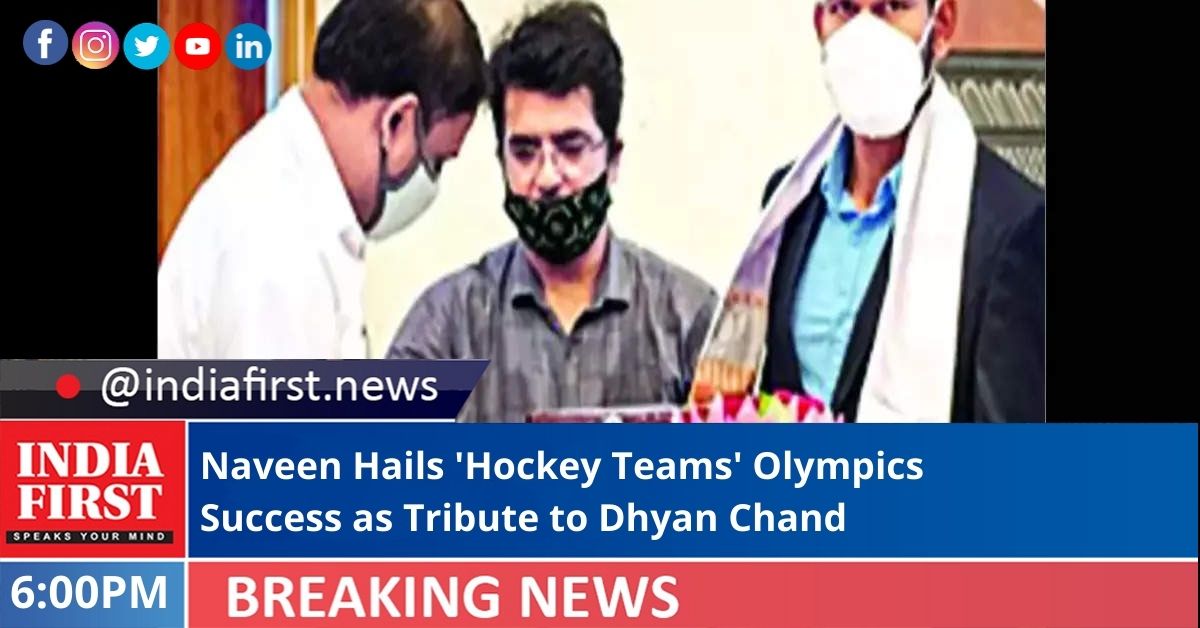 Extending warm wishes to all on the occasion of National Sports Day, Odisha Chief Minister Naveen Patnaik said the performance of the Indian hockey teams at the Olympics, is a true tribute to the legendary hockey player Major Dhyan Chand.

In a video message, Patnaik said, “This time we celebrate this day with all happiness, glory and splendour. The performance of the Indian hockey teams at the Olympics is a true tribute to the legendary hockey player Major Dhyan Chand.”

On this day, the State government has given Biju Patnaik Awards for sports and bravery.

“Hockey has a special place for sports in Odisha. I am happy that the lifetime achievement award has been given to Kalu Charan Chaudhry, hockey coach and the outstanding performance award has been given to Amit Rohidas. Congratulations to both of you. It is a tribute to Odisha’s players and coaches, who have contributed to Hockey’s development in the State,” Patnaik said.

Over the past few weeks, Odisha’s model of sports is being hailed all over the country. The entire country loves Odisha for supporting the national hockey teams who have gone on to script history at the Tokyo Olympics, he said.

“Our model of partnership and high-performance centres has drawn national attention. It is an endorsement of our vision, investment and efforts in sports,” the CM said.

This is an opportunity for all to work together with a heightened commitment to take sports to greater heights. He was sure that many more coaches and players will be inspired to bring glory to the State and country.

Indian hockey defender from Odisha, Amit Rohidas, who earned his 100 caps at the Tokyo Olympics, was conferred with the Biju Patnaik Sports Award for outstanding performance in sports and games. Odisha sports minister Tusharkanti Behera has given the award which carries a citation and a cash award of Rs 2 lakh here yesterday.

Hockey coach of Odisha, Kalu Charan Choudhury has received the Biju Patnaik Sports Award for lifetime achievement in the promotion of sports and games. He received a citation and cash award of Rs 3 lakh.

Similarly, Biju Patnaik Sports Award for excellence in coaching went to the Badminton coach for para players, Shiba Prasad Das. He received a cash award of Rs 1 lakh and a citation.