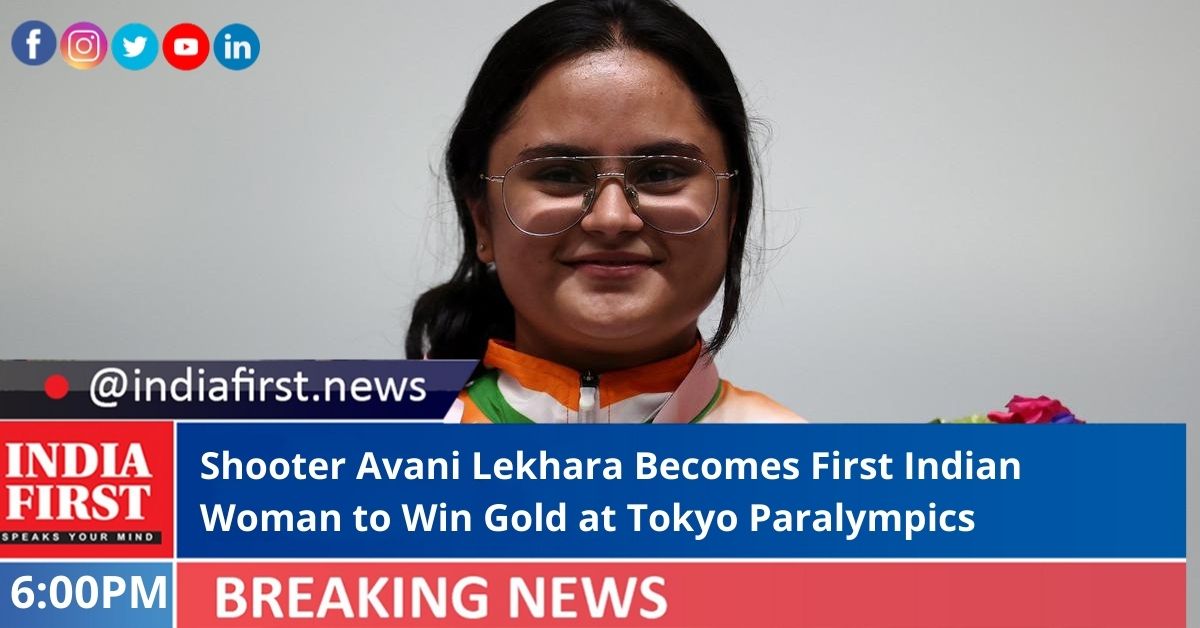 Shooter Avani Lekhara today became the first Indian woman to win a gold medal at the Paralympic Games. The 19-year-old bagged her gold, India’s first at Tokyo 2020, in women’s 10m Air Rifle SH1 with a world record score of 249.6 in the final today.

This is also India’s first gold medal in shooting in the Paralympic Games. Overall, she is the fourth Indian sportsperson to win a Paralympic gold after swimmer Murlikant Petkar (1972), javelin thrower Devendra Jhajharia (2004 and 2016), and high jumper Thangavelu Mariyappan (2016).

Prime Minister Narendra Modi was among the first to congratulate the shooter, tweeiting, “Phenomenal performance @AvaniLekhara! Congratulations on winning a hard-earned and well-deserved Gold, made possible due to your industrious nature and passion towards shooting. This is truly a special moment for Indian sports. Best wishes for your future endeavours.”

The 19-year-old Avani, who sustained spinal cord injuries in a car accident in 2012, qualified seventh for the final but shot superbly to leapfrog seven shooters in the first elimination series itself in the final and never looked back.

China’s Zhang Cuiping took silver, as she did in Rio 2016, with a score of 248.9 while Ukraine’s Iryna Schetnik finished with a total of 227.5 for bronze.

The law student from Rajasthan University, who sustained spinal cord injuries in a car accident in 2012, is coming from a difficult period in 2020 as her physiotherapy routine was disrupted because of the lockdown due to the Covid-19 pandemic.

The pandemic not only affected her shooting training but also had an impact on her essential physiotherapy routine.

“As someone with a spinal cord disability, I don’t have any feeling below my waist. I still need to exercise my legs every day. I used to have a physio who would come to my home daily to help me exercise and stretch my legs,” Avani had told the media a few months back.

Though her parents chipped in to help her with those exercises, it was not the same.

“They do the best they can. My physiotherapist has to travel from across Jaipur [India] to come to where I stay. It’s a long way for her to travel,” she said.