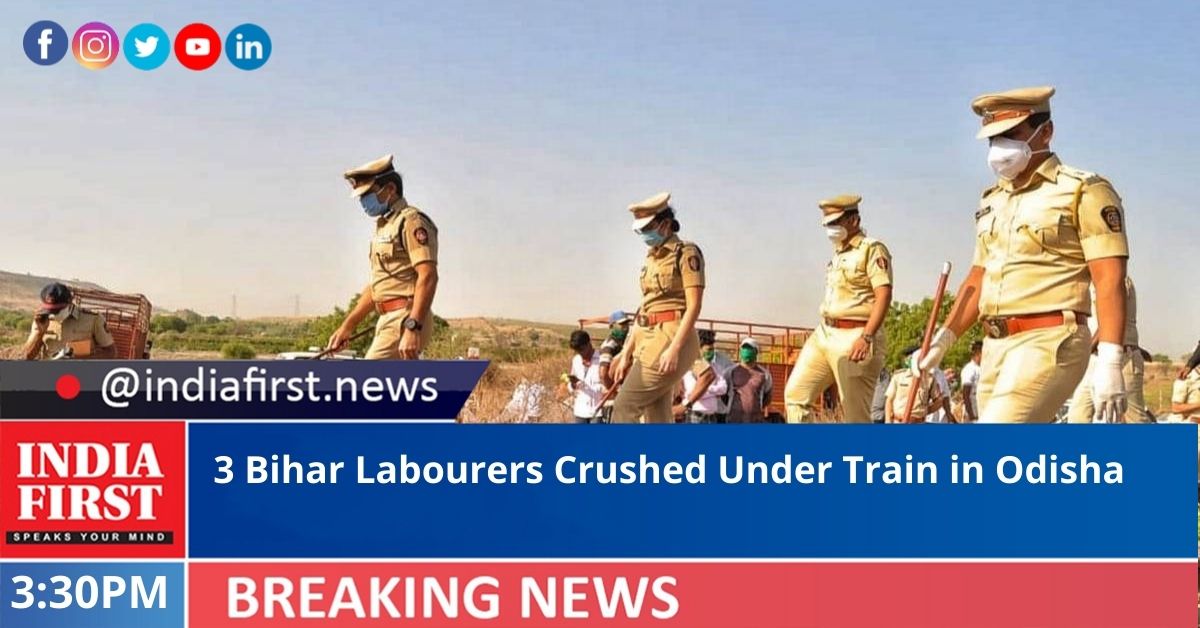 Three labourers from Bihar were killed after being allegedly hit by a moving train near a level crossing in Odisha’s Ganjam district, police said yesterday.

According to Sethi, seven labourers from Bihar were crossing the railway track without being aware of the incoming Visakhapatnam-Tatanagar Express on the route. The speeding train mowed at least three while the four others miraculously escaped, he said.

After receiving information from the locals, the GRP rushed to the spot on Monday morning and recovered the mutilated bodies from the railway tracks. The bodies have been sent for postmortem and a probe has been ordered into the incident, the police said.