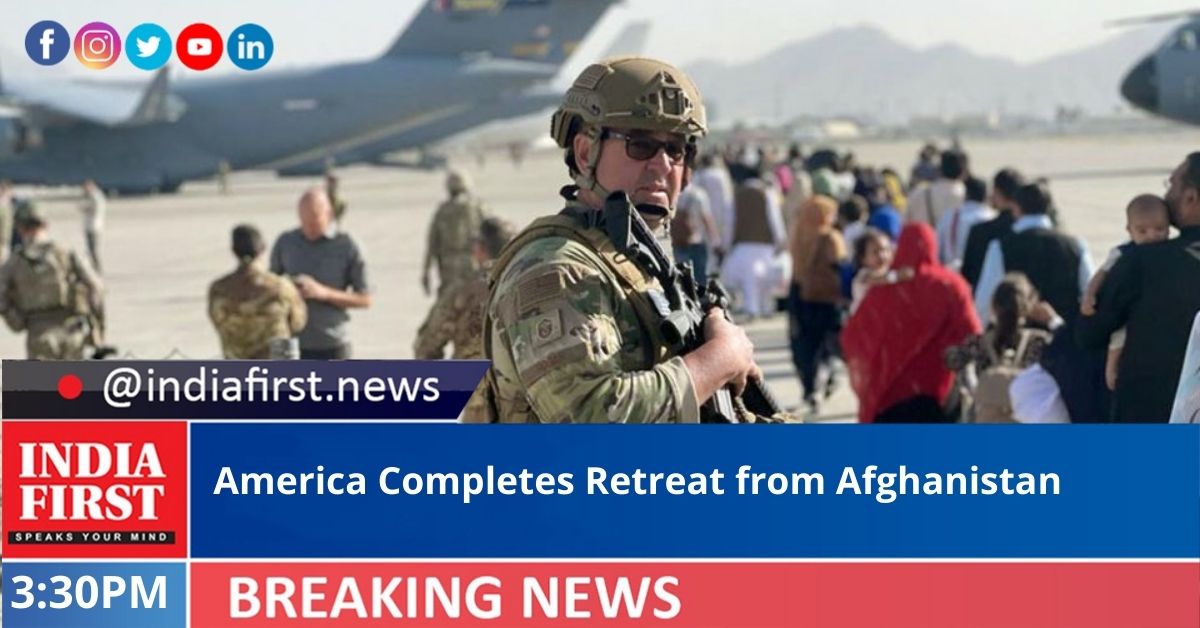 The US Central Command announced that the withdrawal of American troops from Afghanistan has been completed, ending 20 years of Washington-led invasion of the war-torn nation.

“I’m here to announce the completion of our withdrawal from Afghanistan and the end of the mission to evacuate American citizens, third country nationals and vulnerable Afghans,” Kenneth McKenzie, commander of US Central Command, announced during a news conference held by the Department of Defense yesterday midnight.

“The last C-17 lifted off from Hamid Karzai International Airport on August 30, this afternoon, at 3.29 p.m. East coast time, and the last manned aircraft is now clearing the space above Afghanistan,” McKenzie said.

McKenzie said while the completion of withdrawal drew an end to US military presence in the war-torn nation that Washington accused of harbouring Al Qaeda, the mastermind behind the 9/11 terror attack on American soil in 2001, “the diplomatic mission to ensure additional US citizens and eligible Afghans, who want to leave, continues”.

While paying tribute to the 2,461 fallen US service members, including the 13 troops who were killed during the August 27 Kabul bombings, and the over 20,000 personnel injured during the longest war Washington has engaged in throughout history, McKenzie also told reporters that no American citizens managed to embark on the final five evacuation flights leaving Kabul, meaning there were still Americans wishing to depart the country that were left on ground.

“We maintained the ability to bring them in up until immediately before departure,” McKenzie said.

“We would have been prepared to bring them on until the very last minute, but none of them made it to the airport and were able to be accommodated,” he added.

The General said the number of US citizens currently still stranded in Afghanistan is “in the very low hundreds”, stressing that the Department of State is now in charge of assisting those evacuees.

“The military’s phase of this operation has ended… The diplomatic sequel to that will now begin,” he said.

The General added that the US will continue trying to extract the remaining American citizens and “negotiate very hard and aggressively” to get eligible Afghans to come to Washington.

US media cited a State Department official as saying earlier yesterday that it was believed that there were fewer than 250 American citizens still in Afghanistan.