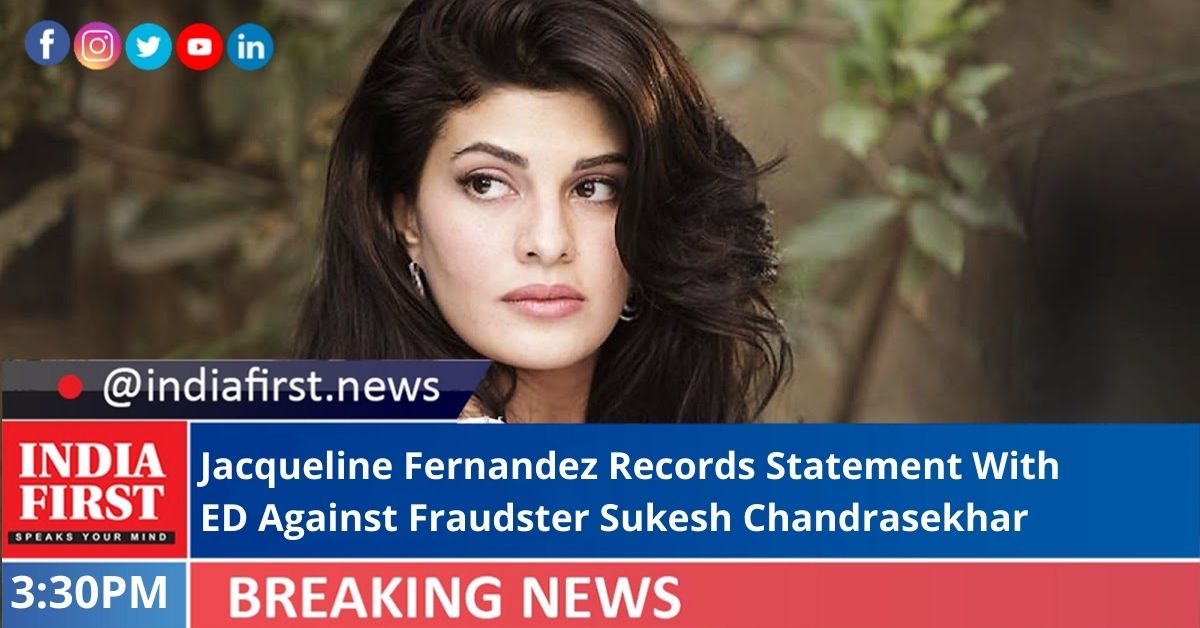 Jacqueline recorded her statement in the money-laundering case lodged against conman Sukesh Chandrasekhar. She was in Enforcement Directorate’s New Delhi office for more than five hours, but the agency denied it had interrogated her.

The 27-yr-old Chandrasekhar, a native of Bengaluru, faces 15 FIRs. To lead a lavish lifestyle, he duped people in Bengaluru and Chennai of several crores.

He is currently lodged in Delhi’s Tihar Jail.

On August 23, the ED had “seized” a luxurious sea-facing bungalow in Chennai, Rs 82.5 lakh cash, and over a dozen luxury cars in connection with the money-laundering case against him.

He is also an accused of running an extortion racket worth Rs 200 crore from inside the Tihar jail.

Posing as a politician’s relative, it is alleged that he has duped more than 100 people promising to get their job done. He used buy expensive cars, included Rolls Royces, from the extorted money.

In Tamil Nadu, Chandrasekhar would usually travel in a car with beacon and claimed that he was the son of then Chief Minister M. Karunanidhi. He has also duped many people, posing as nephew of late Andhra Chief Minister Y.S.R. Reddy and Secretary of former Karnataka Chief Minister B.S. Yeddyurappa.

In a case in Kerala’s Kochi, Sukesh had promised Emmanuel Silks to bring in Bollywood actor Katrina Kaif for a promotional programme. He had even taken Rs 20 lakh from them. However, he brought Telugu superstar Allu Arjun for the showroom’s inauguration in Kottayam.

He has also allegedly played a middleman to help T.T.V. Dinkaran allegedly get the AIADMK’s ‘two leaves’ symbol for Rs 60 crore in 2017.