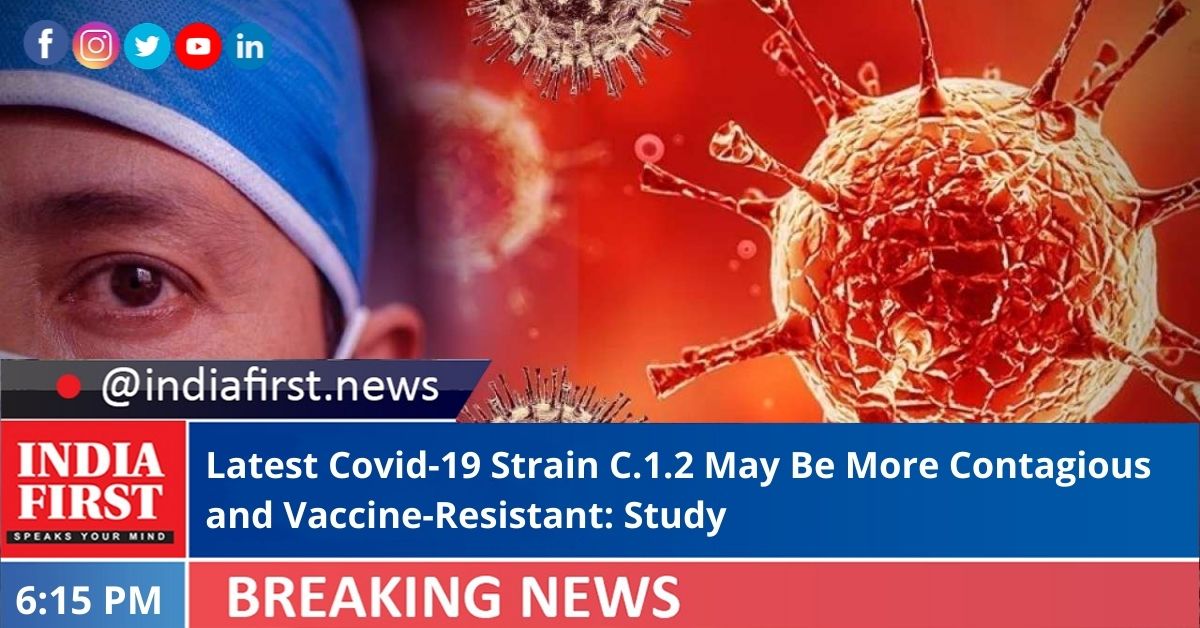 A new study has revealed that the new Covid-19 variant C.1.2 which has been detected in South Africa and many other countries globally, could be more transmissible and evade protection provided by vaccines.

The scientists from National Institute for Communicable Diseases (NICD) and the KwaZulu-Natal Research Innovation and Sequencing Platform (KRISP) in South Africa said the potential variant of interest was first detected in the country in May this year.

The scientists said that this Covid variant has been found in China, the Democratic Republic of the Congo, Mauritius, the UK, New Zealand, Portugal and Switzerland as of August 13.

Scientists have found consistent increases in the number of C.1.2 genomes in South Africa each month.

However, the study is yet to be peer-reviewed.

It said that C.1.2 has mutated substantially compared to C.1, one of the lineages which dominated the S-CoV-2 infections in the first wave of the pandemic in South Africa.

“This is similar to the increases seen with the Beta and Delta variants in the country during early detection,” the authors of the study said.