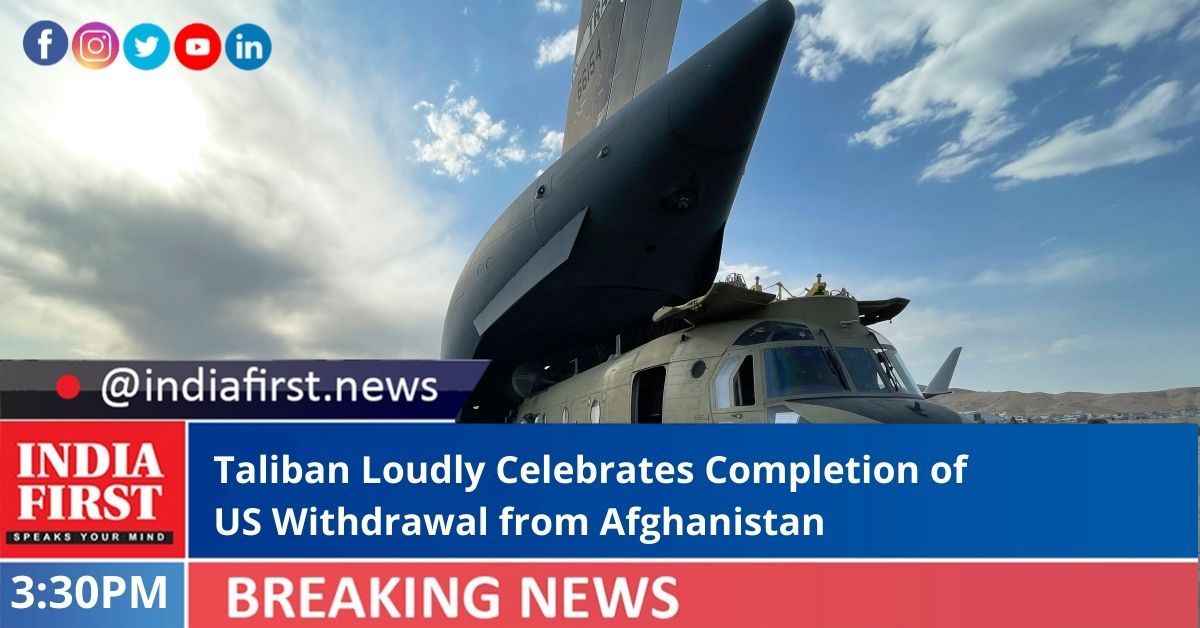 Shortly after the US Central Command announced that the drawdown of American troops from Afghanistan has been completed, a Taliban spokesman today welcomed the development.

The last US soldiers were evacuated from the Kabul airport at midnight on Monday, Taliban spokesman Zabihullah Mujahid wrote on Twitter.

“In this way, our country became completely free and independent,” he said.

The final evacuation flight was conducted on the last hours of yesterday night (August 30), airlifting the last American military and non-military personnel back home one day before the August 31 deadline set by President Joe Biden, reports Xinhua news agency.

Shortly after Mujahid’s comments on social media, Taliban members took to celebratory gunfiring in Kabul, which lasted for about an hour, causing panic among residents of the capital city.

Following the firing, Mujahid said in a separate tweet that “the gunshots heard in Kabul are as a result of celebratory firing, the Kabul residents should not worry, we are trying to control it”.

The formal stance of the Taliban about the US withdrawal is yet to be made amid the absence of any statement.

The US Central Command announced yesterday that the withdrawal of the troops from Afghanistan has completed, ending 20 years of US-led invasion into the country.