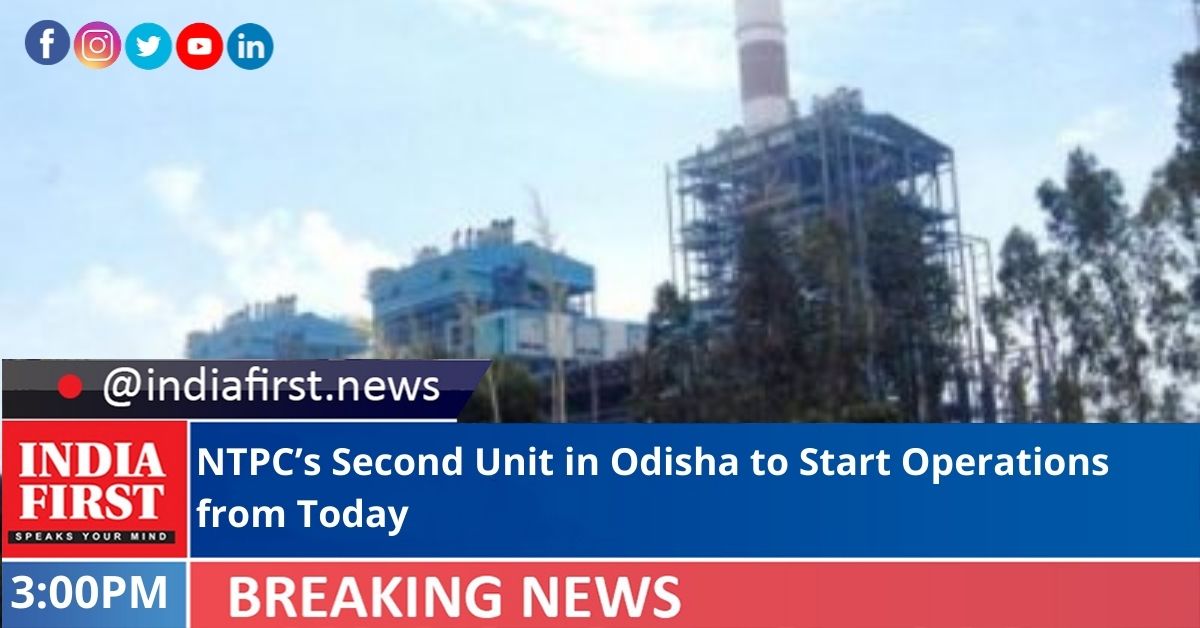 The first unit of the plant was commissioned on March 1, 2020.

While Odisha is entitled to receive 50 per cent of the power generated by the Darlipali power project of 1,600 MW (2×800 MW), the remaining 50 per cent will be sold to Bihar, Jharkhand, Sikkim and West Bengal.

As per the power purchase agreement with the Central Electricity Regulatory Commission (CERC), the cost of power from the Darlipali plant will be Rs 2.90 per unit. While the fixed cost of power is set at Rs 1.90 per unit, the variable cost has bent determined at Rs 1 per unit.

The NTPC has already made an expenditure of over Rs 13,500 core on the project.

Some of the works like construction of railway line for transportation of coal and construction of merry-go-round (MGR) linking to railway sidings at Laikera and Kechobahal stations in Jharsuguda district for coal dispatch to the plant are under progress. It is expected that these works will be completed by June 2022, said an official.

The pit head-based thermal power plant is currently sourcing its requirement of fossil fuel from its Dulanga coal mines in Sundargarh. With a daily requirement of about 25,000 tonnes, the Dulanga mine has the capacity to meet demand for 20,000 tonnes. The balance requirement will be met from the Mahanadi Coalfields Limited (MCL) through road.

“Once the MGR project is over, NTPC will meet the additional coal requirements from anywhere in the country through railway,” Satya said.