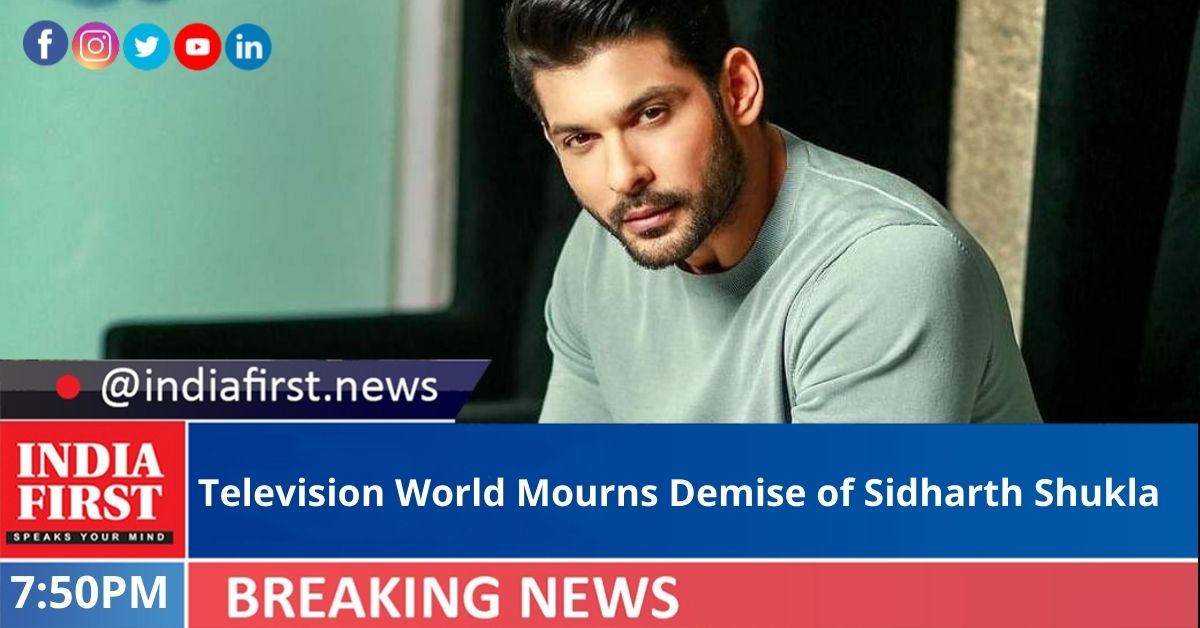 The passing away of Sidharth Shukla due to a heart attack at the age of 40 has surely left the entire television fraternity in shock. He was a multi-talented personality who not only did daily soaps but also hosted reality shows besides Bollywood projects.

He was best known for his role of ‘Shivraj Shekhar’ in ‘Balika Vadhu’. Even after his demise he is being remembered for the way he showed his acting skills in the serial. Besides this, he also did ‘Dil Se Dil Tak’, ‘Bigg Boss 13’, ‘Fear Factor: Khatron Ke Khiladi 7’ and hosted shows like ‘Savdhaan India’ and also did projects with Karan Johar like ‘Humpty Sharma Ki Dulhania’.

Director Ashish Shrivastav who directed him in ‘Dil Se Dil Tak’ said: “The news of Sidharth’s passing is just terrible. He was such a lively person. He was full of life and he was a very straightforward person. He did not shy away from saying what he felt, and I liked that quality in him. I have directed him in the first few episodes of ‘Dil Se Dil Tak’ and we shared a good equation. It was very shocking news and I still can’t believe he is no more.”

Actor Eijaz Khan who is a close industry friend of Sidharth said that he was like a brother to him. Though they never worked together, Eijaz has met him a number of times in social events. He shared: “He was like a younger brother and I loved him so much. I looked up to his understanding, approach and fairness. I just pray for strength and patience for his family.”

Actress Roop Durgapal, who was also part of the show ‘Balika Vadhu’ and played Sidharth’s sister, was understandably saddened by the news.

“When I heard the news, I couldn’t believe my ears. I thought I heard the wrong name. I really don’t know how to react to this. I feel numb, shocked and very sad. May his soul rest in peace and may God give strength to his mother. I was in touch with Sidharth even after the show ended. Even though we didn’t meet often, we would share messages. We last spoke when actress Surekha Sikri ji passed away. I also spoke to him when he won Bigg Boss 13. We didn’t just play brother-sister on ‘Balika Vadhu’, I actually used to consider him as my brother. We always had that brother-sister type relationship,” she added.

Actress Shubhangi Atre, a close industry friend of the ‘Balika Vadhu’ actor recalled him and said: “I couldn’t believe the news. I am really saddened and don’t know how to react to it. I just pray for his family. May his soul rest in peace.”

Actor Abhilash Chaudhary also was shocked after listening to this sad news. He shared: “It’s very heart-breaking to come across this sad news. I was shocked when I heard I was shooting for a film in Chennai and was like still for a while as this happened suddenly. He was a good man and actor and this is totally heart-breaking. I remember working with him in ‘Balika Vadhu’. He was one who inspired me a lot. I was waiting for a chance to work with him again.”