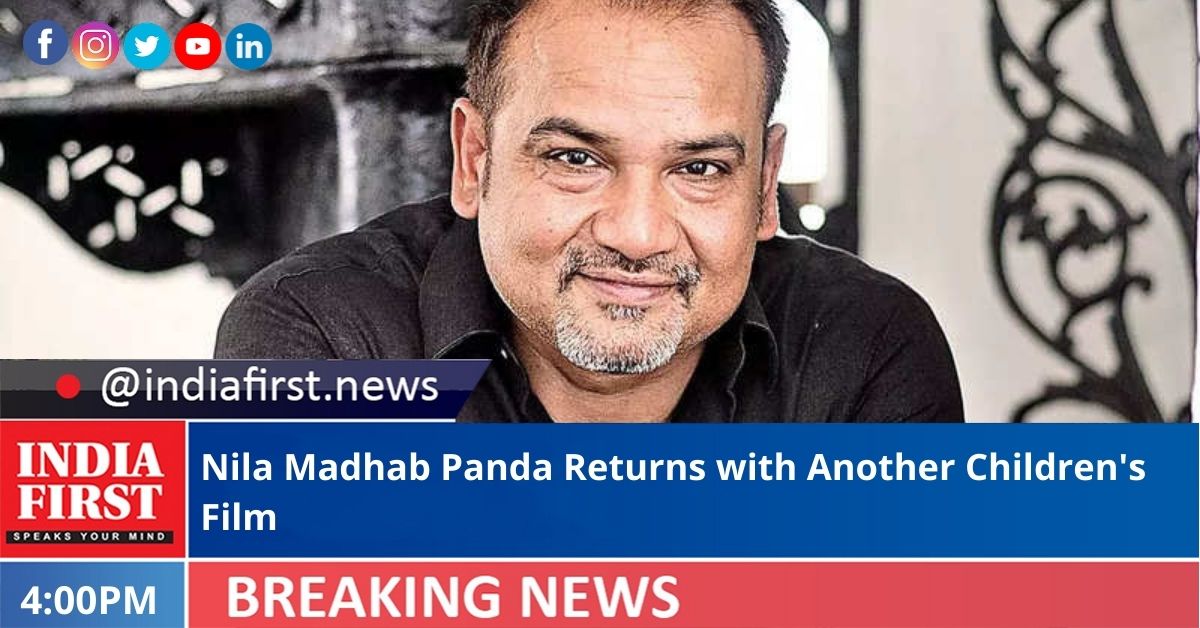 Producer-director Nila Madhab Panda, who is a multiple National Award winner and a Padma Shri awardee, is now donning the producer’s hat for his next venture ‘Bishwa’, with his long-time associate and debutant director Anuj Tyagi.

Nila started his celluloid journey with the acclaimed ‘I Am Kalam’ that won him 34 international awards and a national award.

His subsequent work focused equally on environmental as well as children’s issues. He is excited to steer another project that has a child as a central character.

Explaining his recurrent interest in such stories, he said, “India is a country with 28.6 per cent children’s population, and yet we have very few films which are children-centric or talking about their issues”.

‘Bishwa’ is based on the life of a blind boy and how he emerges as a hero in a village near the mesmerising Chilika lake.

‘Bishwa’ was shot entirely in Odisha, right before the lockdown started. Nila, who is born and brought up in Odisha has always shown his love for Odisha through his films. ‘Bishwa’ has featured the beauty of Chilika lake, Bhubaneswar, and Puri, and now the film is all set to open at the prestigious Buster Film Festival (Copenhagen, Denmark) and the DYTIATO children film festival, Ukraine.

Nila said, “Cinema on children’s issues has always been the most important part of my career as I started with ‘I Am Kalam’, then ‘Jalpari’ and then ‘Halkaa’. ‘Bishwa’ is a tale of a young boy who cannot see whereas the rest of the world can. His father believes he is cursed with a disabled boy. But Bishwa is never ready to accept this thought and gets agitated when people feel he is disabled. He is determined to prove the idea of vision, that you may not have two eyes, does not mean you are abnormal, and you still can do everything that others can do. He resolves the villagers’ biggest fear which others could not. You must come to the theatre to see what it was that he resolved.”

Talking about his debut film opening at the Buster Film Festival, Anuj said, “Bishwa is the story of a little boy who is blind and yet he emerges as a hero. The subject is very fresh and so are the locations we shot at. We are just lucky that we finished the project a day before the lockdown which gave us a lot of time for the post-production. It’s an honour for me and our whole team that the film is selected for the Buster Film Festival and we are really looking forward to it.”

Nila has directed ‘Babloo Happy Hai’, ‘Kaun Kitney Paani Mein’, ‘Kadvi Hawa’ that received critical acclaim with a national award. His feature-length documentary, ‘God’s Own People’ was narrated by Amitabh Bachchan. His recent feature film, ‘Yesterday’s Past (on the sea-level rise)’, was part of Indian Panorama at IFFI Goa and won a prestigious national award in 2020.