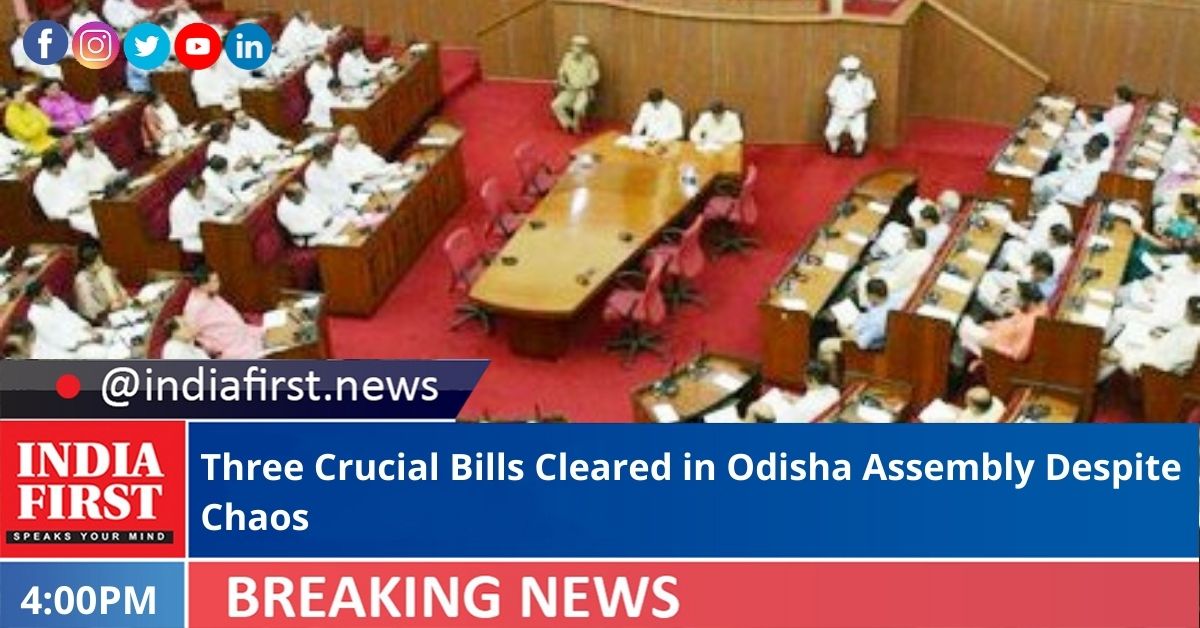 Amid uproar by the opposition BJP and the Congress over two different issues, the Odisha Legislative Assembly has passed three important Bills, including the Odisha University of Health Sciences Bill, 2021.

In a statement, Health Minister Naba Kishore Das said a number of medical and paramedical institutions of the state have been affiliated to different universities of the state for grant of degree or diploma or training certificates.

However, these universities have no specialization in the study of medical and paramedical sciences adaptable in new methods of teaching, learning, and research to achieve excellence in health care and to overcome the incidence of new diseases, he said.

“To have uniformity in various academic programs in medical and allied subjects, it is felt expedient to establish and incorporate a university exclusively as an affiliating university in the name of ‘Odisha University of Health Sciences’ which will facilitate achieving excellence in the field of medical education and research,” Das added.

The House also passed the Odisha Land Rights to Slum Dwellers (Amendment) Bill, 2021, and the Odisha GST Amendment Bill, 2021 without any discussion.

Pandemonium prevailed throughout the day in the Assembly as the Bharatiya Janata Party (BJP) and the Congress disrupted the proceedings over different issues.

While the BJP members created a ruckus demanding action against minister Pratap Jena for his alleged connection with the Mahanga double murder case, Congress raised the drought issue.

Speaker Surya Narayan Patro adjourned the House several times throughout the day. Even though the Speaker called for an all-party meeting to resolve the deadlock, the Opposition members continued their protest in the House.

“Name of Pratap Jena has been mentioned in the FIR. The JMFC, Selipur court has directed to bring the minister under the purview of the investigation. We demand his removal from the post to ensure impartial investigation,” BJP chief whip Mohan Majhi told media persons outside the House.

However, government chief whip Pramila Mallick maintained that the government is proactive for any kind of discussion related to the issue of the farmers and also the murder case.