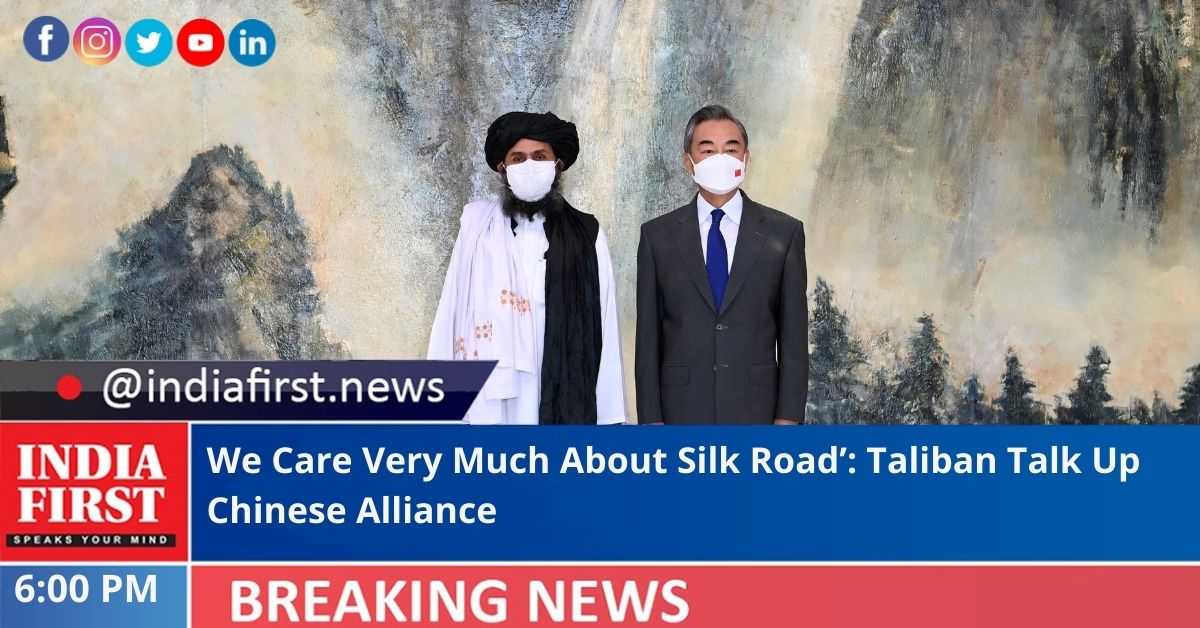 Zabihullah Mujahid, the official spokesman for the Taliban regime, has told an Italian newspaper that China is “our main partner and represents a fundamental and extraordinary opportunity for us as the Chinese government is ready to invest and rebuild our country”, the Guardian reported.

Mujahid told the La Repubblica newspaper that the Taliban “care a lot about the ‘One Belt, One Road’ project. We own rich copper mines, which, thanks to the Chinese, will be modernised. Finally, China represents our ticket to the markets around the world”.

On Beijing, Mujahid said: “It is our main partner because it is willing to invest. We care very much about the Silk Road.”.

Asked about the Taliban’s relationship with Russia, he told the La Repubblica that relations with Moscow were “mainly political and economic. Russia continues to mediate for us and with us to create the conditions for an international peace”, the Guardian reported.

The Taliban have promised to allow safe passage out of the country for any foreigners or Afghans left behind by the massive airlift that ended with the withdrawal of the last US troops on August 30, but the Kabul airport remained closed yesterday.

The Taliban are expected to announce a new government in Afghanistan within hours, as chaos in the country deepened and aid experts warned of imminent economic collapse, the report added.