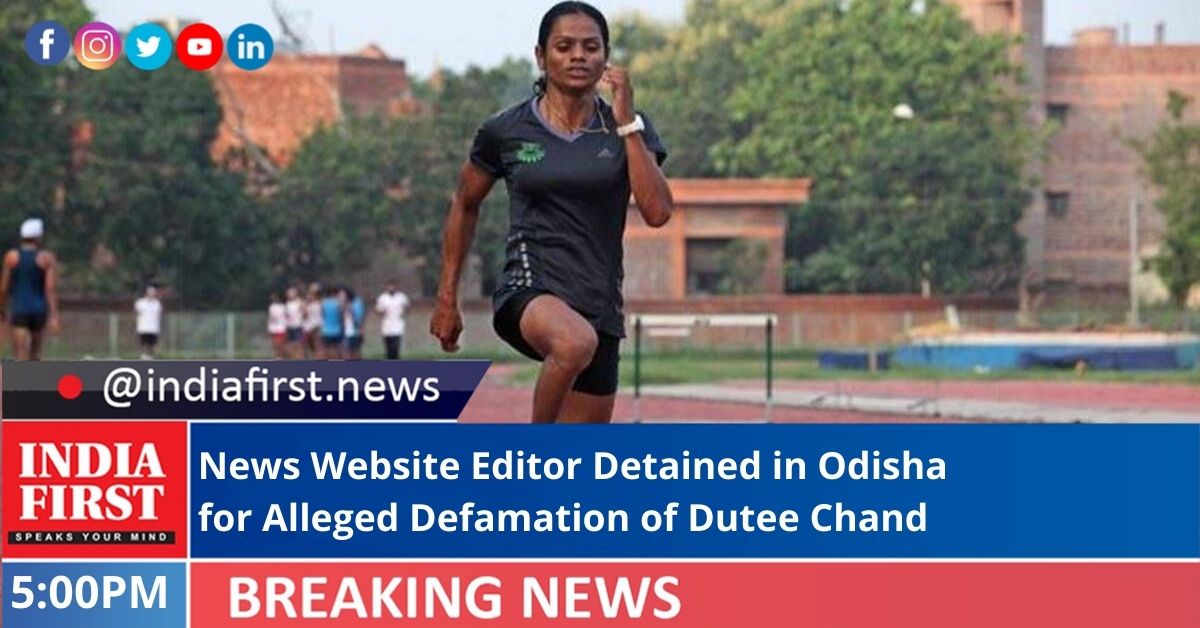 The Odisha police has detained an editor of a local news portal for allegedly defaming athlete Dutee Chand by publishing “defamatory and obscene contents”.

“Based on the complaint of Dutee Chand, a case has been registered against Rout. We have detained him for questioning in connection with the case,” he said.

Dutee has made serious allegations ranging from threats, defamation, sexual harassment insulting modesty and others against Rout, he said. Das said a case has been registered under Sections 292 (2), 354, 385, 506, 509 and 120-B IPC along with Section 6 of indecent representation of women (prohibition) act, 1986.

The Mahila PS officials have also searched the news portal office and seized computers along with other elements being used for publishing news, the DCP said, adding, the police investigation on this case still going on.

Sprinter Dutee had lodged complaint against two journalists Rout and his reporter Smruti Ranjan Behera, and a social activist Pradeep Pradhan alleging that they had published objectionable content against her prior to the Tokyo Olympics, which had an adverse impact on her performance. She had also filed a Rs 5 crore defamation case in civil court in Bhubaneswar in this regard.

Dutee thanked the police for taking immediate action on this case and hoped that action will also be taken against other two persons against whom she had brought allegations.

“I had been mentally harassed and had to face a character assassination. This kind of slur had an adverse impact on my performance during the Tokyo Olympics. They made an issue with my character and gender which was very distasteful. Today I am relaxed as one person has been detained and I am confident that I will get justice,” she added.