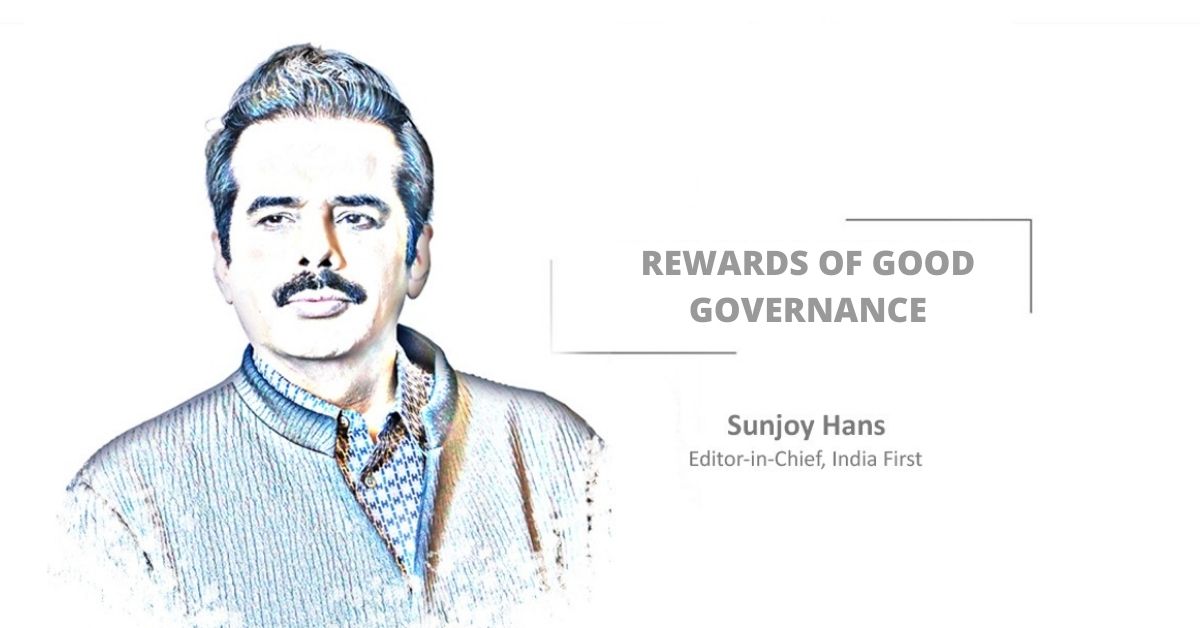 Right actions often lead to right results. This was reaffirmed yesterday in the phenomenal growth that Odisha reported in its Goods and Services Tax (GST) collection for the month of August this year. Over 41% more than the same period last year, Odisha registered the second-highest GST growth rate among all major states in India. Apart from the rise in commodity prices of iron and steel and taxes from the mining sector, the increased GST collection was due to better compliance by dealers. This was thanks in no small measure to stricter scrutiny of returns by tax officers, who have been trained to detect filers of wrong returns through the use of data analytics.

The most recent outcome of this was the busting of a fake receipt racket, with the arrest of its two masterminds day before yesterday on charges of GST fraud worth Rs 323 crore. In the name of 13 fictitious firms, the racket had issued fake purchase and sale invoices to the tune of 1819 crore. The probe revealed that the racket was not only operating in other states, such as West Bengal, Jharkhand, Chhattisgarh and Delhi, but the accused had obtained identity documents such as Aadhaar cards, PAN cards, bank passbooks, photographs and voter IDs, among other things. On the day the news broke, Odisha Commercial Tax and GST Commissioner Sushil Kumar Lohani stated that his office would leave no stone unturned to minimise the chances of the two arrested masterminds from getting bail in the case.

This is all a continuation of a sustained crackdown on tax fraud and evasion. Exactly a month ago, the Odiṣha’s GST enforcement wing had arrested a mastermind of another such racket that had issued fake invoices worth Rs 641 crore. With every passing year, the Naveen Patnaik government is making it clearer that there will be zero tolerance for perpetrators on this front.

Yet while all circles have been instructed to ensure 90% return filing within the due date, Commissioner Lohani has also directed all field officers to make sure that genuine taxpayers are well assisted and are not subjected to any kind of harassment or inconvenience while fulfilling their tax obligations.

This approach is a sea change from how things were a couple of decades ago. The same may be said for many other things in Odisha.

A laudable instance is the state government’s efforts to get Odisha completely rid of child marriage – a deep-rooted and persistent social problem across the country – by the end of this decade.

Since January this year, despite the ongoing pandemic, as many as 5,600 villages in the state have been declared “child-marriage free”. In keeping with the state strategy action plan (SSAP) launched in 2019, multiple departments – including Women and Child Development, Scheduled Tribe and Scheduled Caste Development, School and Mass Education, Skill Development and Technical Education, Minorities & Backward Classes Welfare, Higher Education and Law – are working in coordination to create what has practically become a movement to end child marriages.

All this, of course, is part of the movement started by the Naveen Patnaik administration for good governance.