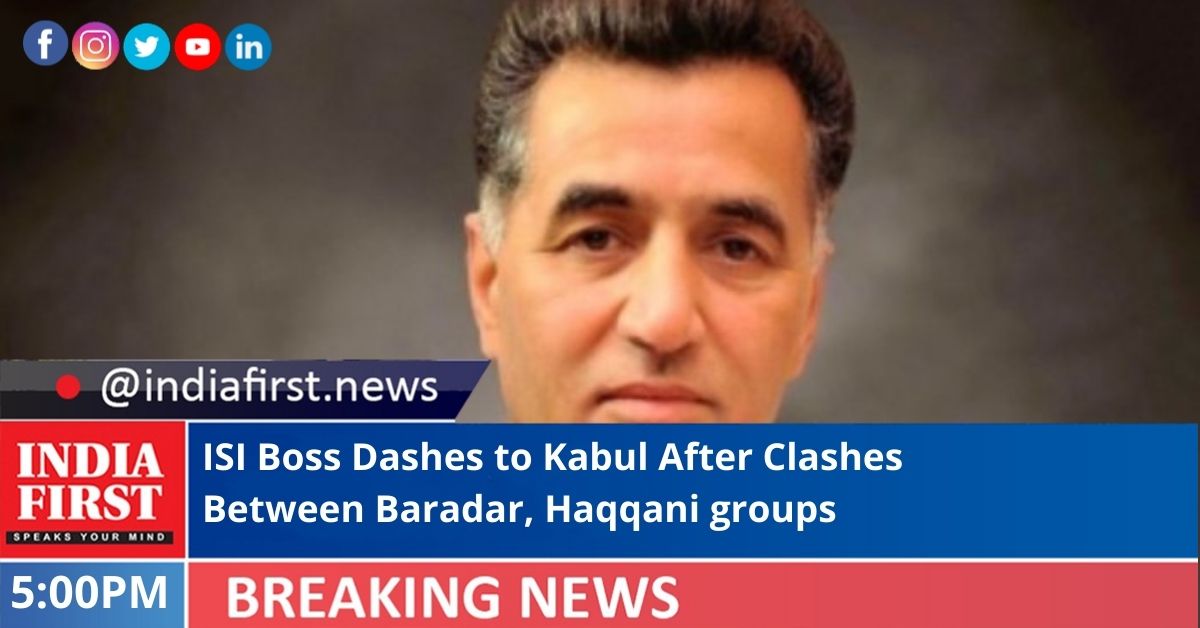 Faiz Hameed, the head of Pakistan’s Inter-Services Intelligence (ISI) agency, rushed to Kabul after a clash between Mullah Abdul Ghani Baradar and Haqqani-supported groups in which the Taliban co-founder sustained injuries.

The Haqqani and many other Taliban factions simply do not accept Haibatullah Akhundzada as their leader, as per Michael Rubin in 1945 website.

Whereas the Taliban had said that they would unveil their new government on September 3, the day passed without any official word of the appointment of Akhundzada whom the group’s representatives earlier signalled would be the Islamic Emirate’s supreme leader based in Kandahar, Rubin said.

The delay may signal a much greater crisis within the Taliban, hence Hameed’s emergency trip, he said.

The deeper problem with which Hameed now struggles is the fact that a unitary Taliban has always been illusionary.

While Western diplomats and even Pakistani officials may consider the Tehrik-i-Taliban Pakistan (TTP) as having no legitimacy in Afghanistan, there is no indication that the group truly concurs.

Such factionalism initially played into Taliban hands: They could feign compliance and blame attacks on splinter groups even as Taliban leaders privately approved the attacks to bleed the Afghan government, Rubin said.

Some Afghan factions seek a more inclusive government and are not enthusiastic about efforts to fight the Panjshiris. The Taliban largely conquered Afghanistan on the back of political deals rather than military victories and are unenthusiastic about the losses they now sustain in ground fighting in the valley and its approaches.

It is Hameed and the factions to which he directly dictates that want to finish off Ahmad Massoud and Amrullah Saleh, the two main leaders of the resistance, he added.

With Hameed’s hand clearly exposed, the question for US policymakers then becomes why anyone should negotiate or recognise the Taliban when Hameed’s emergency visit affirms that they are merely an ISI puppet, Rubin said.

US National Security Advisor Jake Sullivan says Washington has leverage over the Taliban.

“Hameed’s dream would be keeping the illusion alive long enough to gain control over Afghanistan’s $9.4 billion reserves. A far better approach for Washington, however, may be to designate Faiz Hameed as the terrorist he is and the organization he heads as a terrorist entity which for too long has victimised Afghanistan and undermined any hope Pakistanis have to be a democracy and a normal state,” he added.