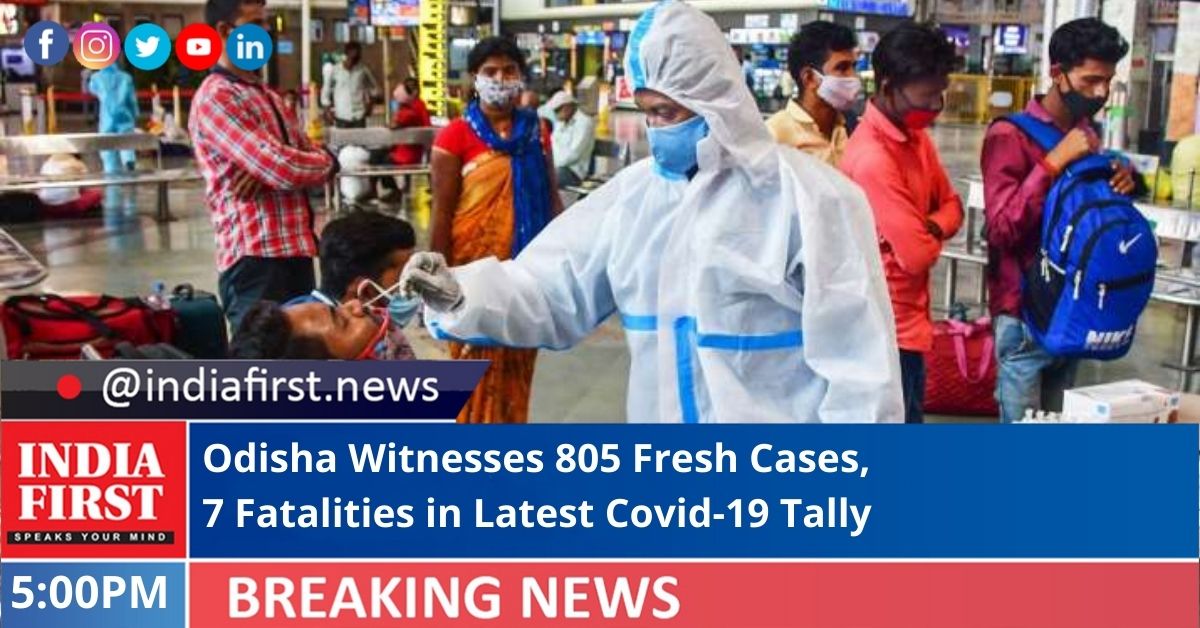 As many as 805 persons, including 131 below 18 years of age, have been infected with Covid-19 during the past 24 hours in Odisha, officials said today.

According to the state information and public relations department, 467 of the new cases were detected from the quarantine centres while 338 are local contact cases.

All other districts reported below 30 cases today.

With these new cases, the total number of active cases in the state reached 7,158.

The state has also confirmed the death of seven persons due to Covid-19 after completing the due audit process.

Angul and Balasore each district has reported two deaths while one death was reported from Khurda, Cuttack and Bhadrak districts.

Till now, 8,047 have died after being infected with the coronavirus in Odisha, the state health department said.